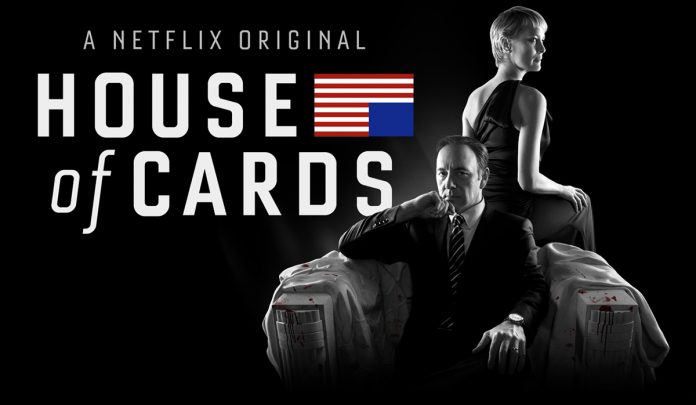 “House of Cards” is already gearing up for its next installment which is supposedly up for release March next year.

The show ended on a bit of a cliffhanger as the President of the United States was still left on his hospital bed in dire need of a liver transplant after the assassination plot against him. Movie News Guide speculated that Frank’s wife, Claire (Robin Wright) can be the interim president, while her husband is still unable to run the country.

Shall this be the course that season 5 will take, “House of Cards” might finally take on the longstanding problem of Frank not having a worthy adversary not only for the presidential elections but in other aspects of his life as well – Claire.

On the other hand, Bustle pitched that newcomer, Hannah Conway (Dominique McElligott) will also be bringing on a new dynamic to the drama. In season 4, Governor Will Conway’s (Joel Kinnaman) wife, Frank’s rival in the upcoming elections, made an impression on Claire. Hannah and Will’s relationship somehow also mimics that of Frank and Claire’s as Hannah was adamant on not being the weak link in his husband’s presidential run.

Aside from the purported major shake down in the story of “House of Cards,” the series will also have a change in personnel when season 5 begins. As previously reported, original showrunner, Beau Willimon stepped down from producing duties in the upcoming installment of the season, and writers Frank Pugliese and Melissa James Gibson will be sharing the duties.