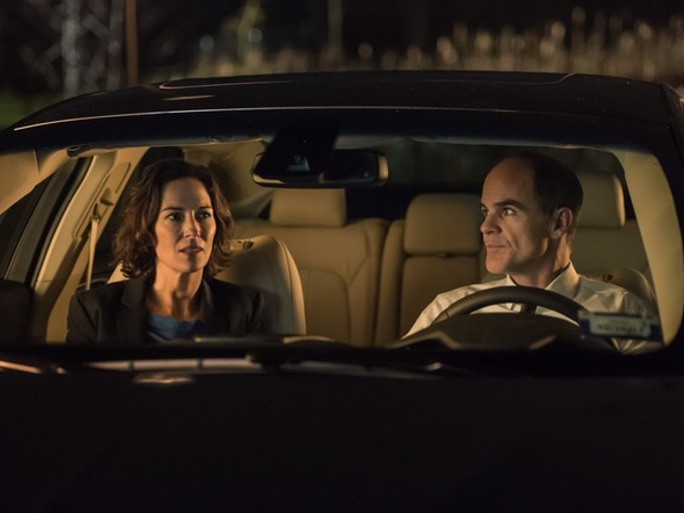 In the previous installment of political thriller “House of Cards,” a couple of new characters were introduced with the inclusion of a new presidential candidate Will Conway (Joel Kinnaman) and her equally feisty wife, Hannah (Dominique McElligott). But while these new faces will potentially bring chaos in the political side of things, the addition of Laura Moretti (Wendy Moniz) may stir up a different kind of drama involving Frank Underwood’s (Kevin Spacey) second man, Douglas Stamper (Michael Kelly).

With Frank on a hospital bed and the ongoing elections, “House of Cards” may dig deeper on other equally interesting subplots to give the show depth. Given that Doug has his fair share of secrets tied to Frank, panning the attention to him may be a good plot point especially with Laura in the mix.

The two’s whirlwind romance in season 4 started on the wrong foot as Doug found the widow while coming across her husband’s memorial page. Presumably feeling a bit of guilt towards Laura with his participation on her husband’s death, Doug generously donated $5,000 on the fund raiser which Laura in turn thanked via sending a voice mail. Since then, the two had interactions scattered throughout season 4 ending with the two of them in a car parked on a quiet street.

“Doug is so much based on addiction from alcohol to Rachel to Frank, it’s something he has to have: tunnel vision,” Kelly said of his character during his recent interview with IndieWire.The 46-year-old veteran actor also teased that in season 5, Doug will undergo addiction issues.

As of now, it is still unknown what kind of involvement the two will have or if Laura will be in season 5 but if so, it might evoke some more previous tendencies from Doug as seen with his history with Rachel (Rachel Brosnahan).

As previously reported, “House of Cards” season 5 may drop early next year.

'Homeworld' news and revival: Release of 'Deserts of Kharak' set on...