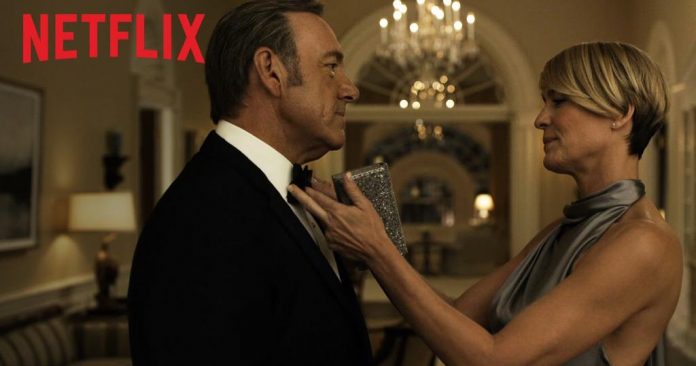 Netflix’s hit political drama series House of Cards, will return for Season 4 but there is still no word yet regarding a specific premiere date.

On the show’s Twitter, they posted an image showing the words that read, “Season 4 Coming 2016,” with the caption “I will leave a legacy. #Underwood2016.”

Viewers of the Season 3 finale have seen the tumultuous relationship of power couple Frank and Claire Underwood seemingly reaching a breaking point when the Claire walked out from Frank as he fought to win the Democratic nomination.

Showrunner Beau Willimon told The Hollywood Reporter that one of the big questions for the new season is whether Frank can function without his wife.

“A lot of the strength of the show is based on the strength of that marriage. But as soon as we began to explore that, we realized there was no turning back. We also realized we’d laid the groundwork in the previous two seasons for this conflict between Francis and Claire, and the more we began exploring it, the more inevitable it became. And the more exciting it was for us to travel that emotional terrain.”

Aside from announcing that Neve Campbell is joining the cast as a series regular to play a yet undisclosed character, the show is keeping details of the next season close to its chest.

Deadline speculated that Campbell may play the role of the new lady, who together with her husband, may rival the Underwoods, played by Kevin Spacey and Robin Wright, the power couple. Reports claimed that the show will be introducing another couple similar to the lead stars, only younger and possibly British.