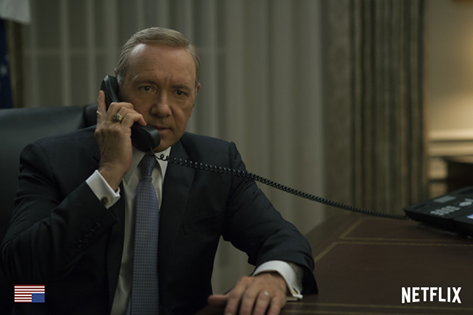 The much awaited season 4 of Netflix’s political drama series “House of Cards” has already been previewed recently in a premiere screening at the National Portrait Gallery in Washington, D.C. Early reviews suggest that the first hour of the new installment is actually looking good.

According to the Baltimore Sun, Ellen Burstyn has surprisingly stole the show from Kevin Spacey, Robin Wright, and Michael Kelly. Burstyn plays the role of Claire Underwood’s mother, and she is said to bring an interesting darkness and depth to her Dallas character.

Meanwhile, there is also enough violence and brutality. Doug Stamper once again does the dirty work for Frank Underwood, particularly when it involves Claire.

Although the first episode ends with the known madness of presidential candidate as he heads into New Hampshire and South Carolina for his campaign, Burstyn’s performance is deemed to be the biggest pleasant surprise.

In his appearance on the red carpet, Spacey answered question of the press regarding what fans may expect in the plot. “I can guarantee there are gonna be scenes and there is going to be some dialogue, and it will probably involve politics,” he joked.

He also admitted that there are times he would contemplate if the series is starting to get a little far-fetched. “Then I get home and I turn the news on and I think no, actually we haven’t gone far enough, we’re kind of tame compared to what’s really going on,” he added.

Moreover, actor Nathan Darrow who portrays Agent Edward Meechum further teased that there will be a lot of surprises when the show returns to the small screen, “Fans should be excited for more of the brilliant villainy of Frank and more of the bloodshed that flows in his wake. They keep unfolding, both dark and light.”

Season four of “House of Cards” will be released on Friday, March 4.