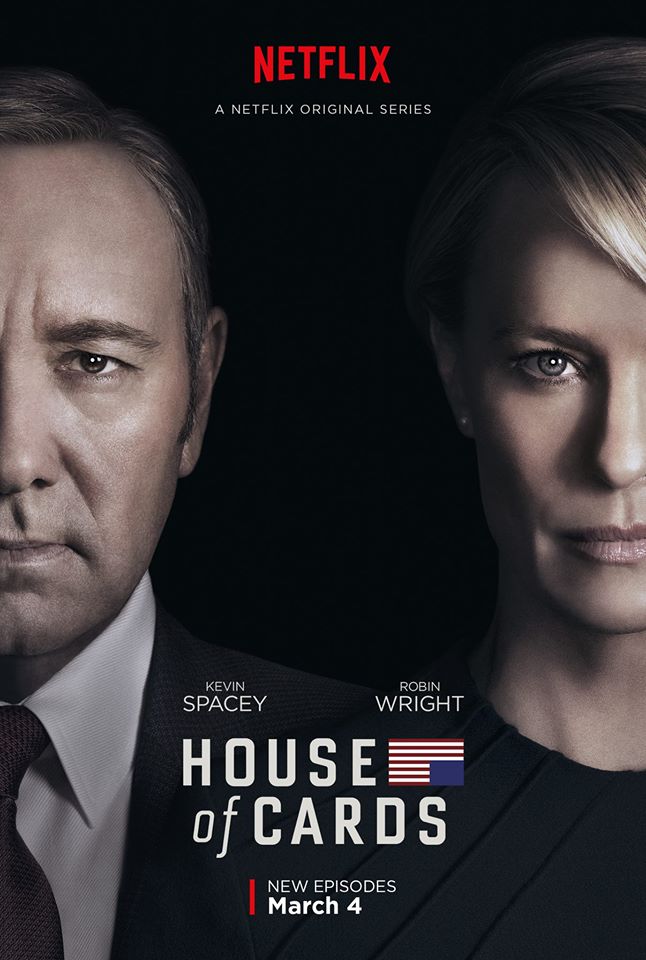 Highly anticipated season 4 of Netflix’s political drama series “House of Cards” recently had its red carpet premiere at the Smithsonian National Portrait Gallery in Washington, D.C., which was attended by the stars of the hit show.

In an interview during the event, lead actor Kevin Spacey, who portrays U.S. President Francis Underwood, shared his thoughts about the upcoming 2016 presidential race which is also the plot of the new season.

“It’s sort of silly to compare the two because they’re both a little bit unpredictable and audiences have no idea where we’re going to go and what we’re going to do. And that’s, I think, part of the enjoyment that an audience has they don’t really know,” he said.

Talking about real life events, “I mean now it’s becoming a little bit predictable what’s going to happen. But you know at the same time I happen to believe that we get what we deserve,” he added.

Meanwhile, although creator Beau Willimon has skipped the event which marks his last season as the showrunner, the cast still gushed over his creativity and shared their favorite moments with him.

“He was the first person I connected with when I got on set. It was completely overwhelming and intimidating, but I sat down with Beau and then went into the scene. It was a really great moment,” said Derek Cecil who plays Seth Grayson. Meanwhile, Michael Kelly stated that he is going to miss him as he is one of the greatest guys and his personal hero.

When it comes to the narrative, the cast hinted that the viewers should expect a lot of surprises alongside conflict and suspense following Underwood’s struggle in his presidential campaign and failing marriage with Claire (Robin Wright). There will also be a lot of intense moments as fans get further insight into the depth of some characters.

A new showrunner has yet to be annnounced. Season 4 of “House of Cards” is slated to be released on Netflix on March 4.