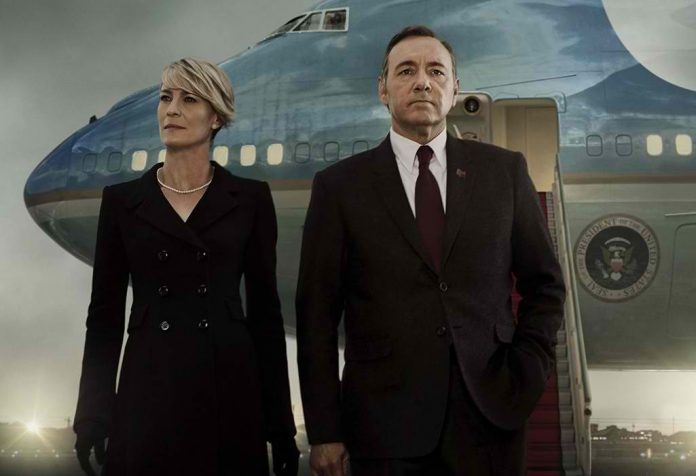 Viewers of acclaimed Netflix’s hit political show, “House of Cards,” were left with a breakup of the show’s power couple, President Frank Underwood played by Kevin Spacey, and First Lady Claire Underwood, played by Robin Wright. Show’s creator Beau Willimon said in an interview with Huffington Post that he is not yet ready to give details of what happens in season four, although he revealed that it will revolve around how the couple will be “when they are not working together.”

“What she really is troubled by is that they both have been lying to themselves, and thinking that they were equal partners. When in reality, there was only one chair there in the Oval Office,” he added on the interview.

In a separate interview with The Hollywood Reporter, Willimon shared that they wanted to explore the inevitability of Claire leaving Frank since they laid the groundwork in season two, “A lot of the strength of the show is based on the strength of that marriage. But as soon as we began to explore that, we realized there was no turning back… and the more we began exploring it, the more inevitable it became. And the more exciting it was for us to travel that emotional terrain,” he said.

He also teased that they are excited about Michael Kelly’s character, Doug Stamper, being back on Frank’s side. Willimon explained that Doug seems to make the president more efficient and there might be possibilities of him doing the president’s dirty work.

Jeaf Beal, the show’s musical composer, also said that Doug is one his favorite characters to write for, as he is interested in what’s beneath the surface, “There’s something very tragic and very moving about him that I’ve always really had fun with,” Billboard reports.