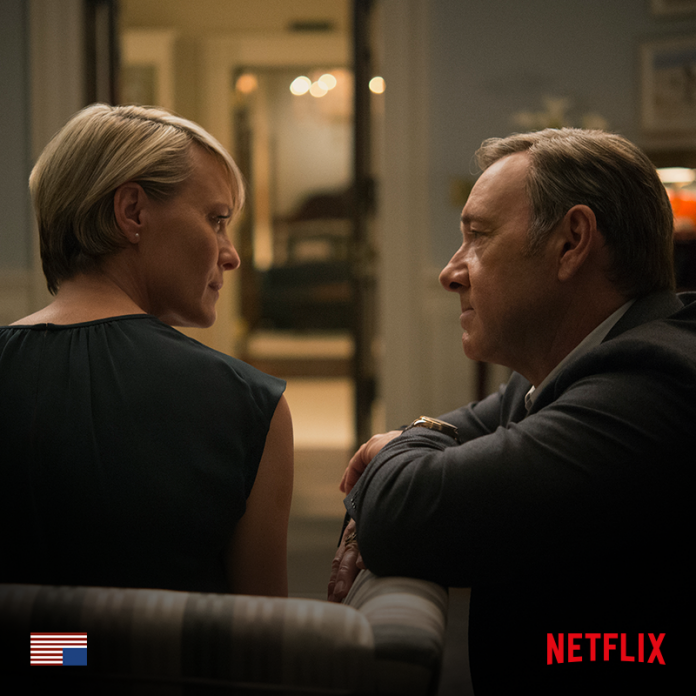 Award winning web series “House of Cards” is slated for a fourth season. Although it does not have any specified air date yet, a few plot spoilers have already been circulating the Internet.

The series follows the story of Frank Underwood (Kevin Spacey), a ruthless politician who started as a Democrat from South Carolina’s 5<sup>th Congressional District. He began to devise a plan to climb through the political ladder after he was overlooked to become the next Secretary of State with the help of his wife, Claire (Robin Wright). In the previous seasons, fans saw Frank’s slow ascend to power until he finally became the 46<sup>th President of the United States in the third season. However, it was not without numerous hiccups along the way.

Going into its fourth outing, a fatal destiny for Frank is said to be a possibility. Given that the story is adapted from BBC’s mini-series of the same title, where his British counterpart, Francis Urquhart died, fans of the show are wondering if the American leader will also suffer the same fate. Although the U.S. version did deviate from the original series and created its own storyline, an assassination of Frank and even his wife Carrie is not too farfetched given everything they have done in order to acquire and keep power.

The rumored death of Frank and maybe even Claire may also signal the end of the political thriller. The tweet Netflix posted about the show’s renewal in April read, “I will leave a legacy. #Underwood2016.” It was coupled with a photo that was captioned “SEASON 4 COMING 2016.” These solidified the claim that the show is ready for a final bow.

However, before the possible end of the series, a report by Movie News Guide said that the first couple of the United States will also be seen adopting a baby. This not only aims to save the failing marriage of the pair but also to dispel the persisting rumors that the First Lady is bisexual.

Meanwhile, showrunner Beau Willimon explained Carrie’s perspective in an interview with the Huffington Post on the reason why she left her husband. “I think [Claire] is very much in love with her husband when we start this series, and she may still be in love with him when we get to the final episode of season 3. But this union is not making her the person she wants to be. And maybe this man is no longer the man that she needs in order to fully be her complete realized self. That’s where we leave it,” he elaborated.