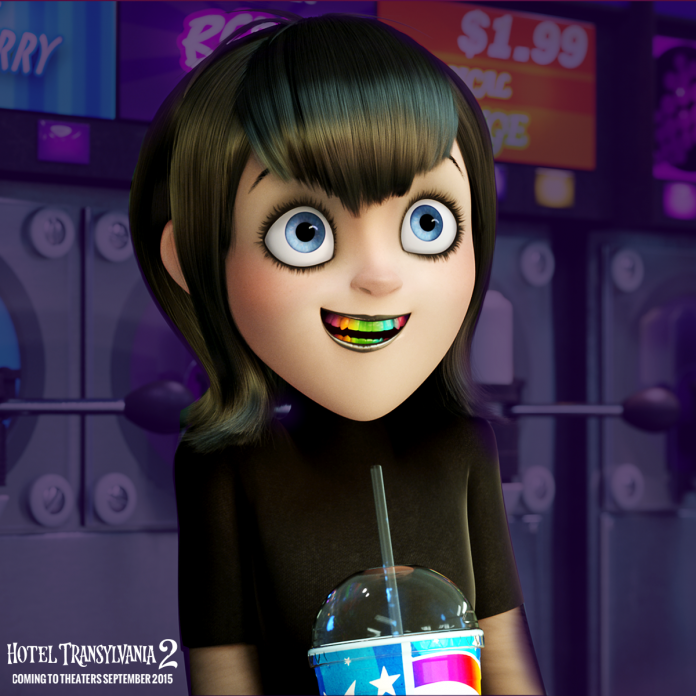 Two new posters for the upcoming sequel to the film Hotel Transylvania has recently been revealed.

The posters were released by Flickering Myth along with the report that Selena Gomez, Adam Sandler, and Andy Samberg will return to voice the lead characters.

This time around, the hotel opens up for humans. Interesting developments will take place in vampire fashion. Orchestrated by grandfather Drac (Sandler) who is freaked out that his half-blood grandson is unable to channel his inner vampire, Dennis is sent to monster camp while Jonathan (Samberg) and Mavis (Gomez) visits Jonathan’s human folks. The plot thickens when Drac’s dad Vlad comes and pays a highly unexpected visit. The old school blood sucking and monster-loving patriarch will find that the hotel is now operating for human customers and that he has a half-vampire and half-human great grandson.

Some weeks back, social media citizens criticized the film’s stars after they attended the premiere garbed in polar opposite clothing. Gomez went full on glamorous with her dress while co-star Adam Sandler was only wearing T-shirt and sneakers, according to Seventeen online.

Some fans said that it’s a sign of double standards in the industry where women have to work extra hard to be accepted in society and men can just wear anything they want to a red carpet event.

“Audiences have embraced the world and characters of Hotel Transylvania, so we are thrilled to be partnering with Nelvana to take them on new adventures.” said Sony Animation president Kristine Belson according to Rotoscopers. The plot of the TV show will center on Mavis’ teenage years.

September 25, 2016 is the much awaited showing date for the film in the U.S. while the film will be shown in the UK on October 16. The TV show, on the other hand is expected to be released in 2017.