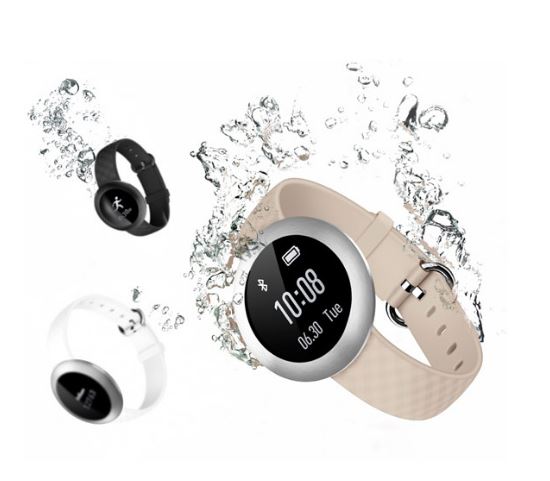 Huawei’s sub-brand, Honor, is about to unveil a new device next week. Invitations have been sent out for the official announcement of the Honor S1, a smartwatch that is expected to give other wearables a run for their money as it is rumored to be less expensive than other offerings in the market.

According to Android Headlines, Honor’s official account on Weibo has released an Honor S1 teaser image, which shows a round watch face with the S1 logo in the center. Droplets of water can also be seen in the image, which suggests that the smartwatch could be waterproof. The numbers “10.18” can be seen at the bottom of the photo, indicating that the Honor S1 will be launched on Tuesday, Oct. 18.

Not much is known about the device’s specs, but it is rumored to have a round watch face and a 1.4-inch AMOLED screen with a resolution of 400 x 400 pixels. It is also expected to have 512 MB of random access memory (RAM), 4 GB of native memory, and could likely be powered by a 300 mAh battery.

The Honor S1 will be the tech company’s first smartwatch, but it is in no way Honor’s first wearable device. Honor previously released the Honor Band Z1 and the Honor Band SS, which are still available at very affordable prices.

As for the Honor S1’s price, it is expected that the device will be available at a lower cost than its pricier rivals, the Apple Watch Series 2, Samsung Gear S3, and the ASUS ZenWatch 3, which all made their debuts this year. No price point has been announced at the moment, but based on the Honor Band Z1’s retail price of $79.99, it is expected that the S1 will cost anywhere from $99 to $150.

The Honor S1 is expected to debut alongside the company’s newest flagship phone, the Honor 6X. Stay tuned for more news about the Honor S1.

OnePlus X specs: device to make its debut on October 29...