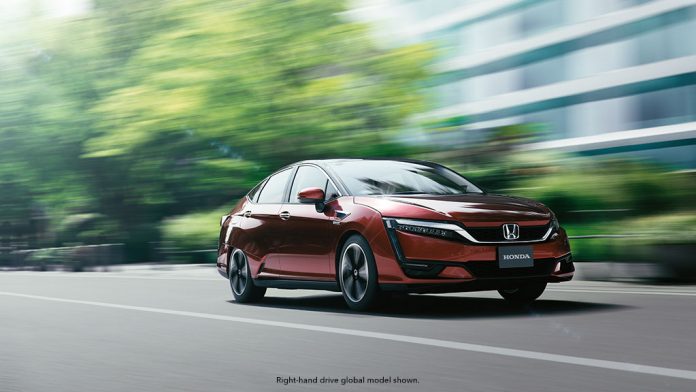 Upcoming new car model from Honda dubbed Clarity Fuel Cell sedan is coming to California before the end of the year at a premium price.

According to Autoblog, the car will be sold per unit at $60,000 for full price and offered with a monthly lease of about $500 which puts it at par with competitors such as Toyota Mirai and hydrogen-powered Hyundai Tucson. Similar to the two, the Honda Clarity FCV is said to be offered with free hydrogen fuel.

It is noted that the price does not include state and federal rebates yet, even incentives and tax break. If accounted for, it is assumed that around $13,000 can be knocked off from the final price.

Other specifications include fuel cell stack that is more compact at 33 percent and more dense at 60 percent compared to the Honda FCX Clarity. With the size apparently comparable to a V6 engine, It is expected to produce 300 miles of driving range with refuelling time only taking three to five minutes. Meanwhile, the enhanced battery are predicted to be triple of that 13-mile range of the Accord plug-in hybrid.

The manufacturer claims that it will use hydrogen and oxygen to create electricity with water as the only by-product making it environment-friendly.

When it comes to design, the Honda’s five seater, zero-emission car has a low and wide stance for aerodynamics purposes, clear character lines, and 18-inch aluminium alloy wheels. It has standard LED exterior lighting and luxe interiors with rich materials.

The safety features are topnotch with Honda’s Sensing Suite of safety and driver assistive technologies. It also has support for Apple CarPlay and Google Android Auto.

Honda Clarity Fuel Cell Vehicle is intended to be a volume-selling vehicle across fifty states with initial deliveries through dealers in Los Angeles, Orange County, San Francisco Bay Area and Sacramento. It will also launch in Japan sometime this year.