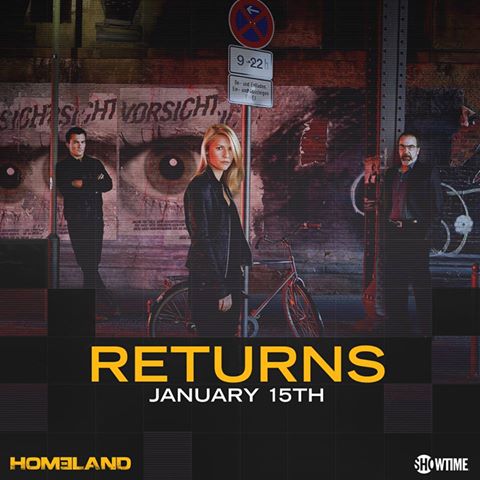 The office of the president has a new member in the upcoming season 6 of Showtime’s thriller drama “Homeland.”

Following the announcement that the series added “House of Cards” alum Elizabeth Marvel to portray the role of first female president-elect named Elizabeth Keane, her new chief of staff has also been named. According to TV Line, “CSI: New York” actor Hill Harper has been tapped to play the aforementioned role.

Moreover, “The Flash” actor Patrick Sabongui also joins the cast as a City University of New York (CUNY) law professor and a fierce advocate of the Muslim American community who will work alongside Carrie Mathison (Claire Danes).

During the recently held Television Critics Association press tour, Showtime’s president and CEO David Nevins confirmed that the show has been officially renewed for both season 7 and season 8.

When it comes to narrative, fans can expect a time jump taking place as Carrie goes back to American soil and living in Brooklyn, New York. She will now focus on working at a foundation whose mission is to provide help to Muslims living in the United States.

The plot will also tackle the aftermath of presidential election, particularly the specific time period between election day and the inauguration. “It’s a strange, transitional time in the halls of government filled with anxiety and different competing interests, where a very fragile and complex transfer of power takes place between the outgoing president and the incoming president-elect,” the synopsis reads.

Previously, executive producer Alex Gansa revealed that despite having a close call with death back in season 5’s finale, Peter Quinn (Rupert Friend) will return to the show as a full-fledged regular mainstay. The showrunner also hinted that Quinn comes back from his almost fatal experience as a changed man and he will be more willing to deal with his intimate and personal side.