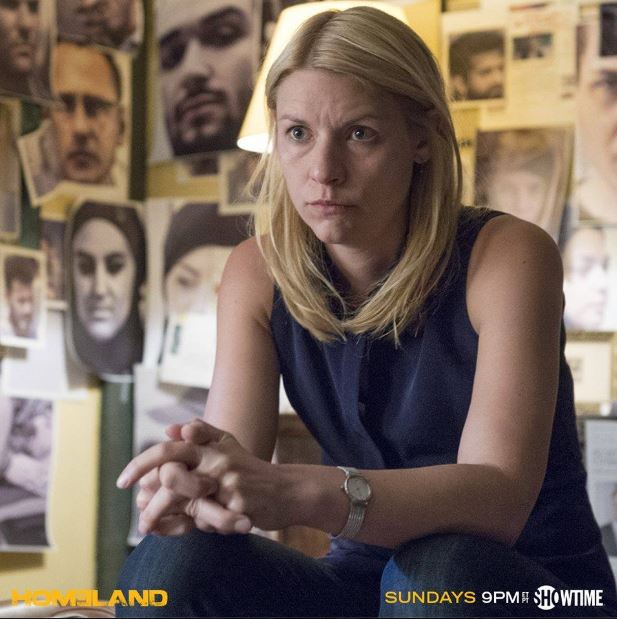 Production is underway for season 6 of “Homeland” in New York as actress Claire Danes (Carrie) was spotted filming a scene last week for the Showtime series. According to a report, the 37-year-old appears to be filming a tension-filled scene while walking in Brooklyn neighborhood Williamsburg.

In photos published by the Daily Mail, Danes is wearing a black coat over a gray sweater, black pants and boots and she accessorized her look with a white scarf and a black bag. According to the media outlet, the new installment of the hit show will focus on the counter-terrorism efforts in New York City nearly two decades after 9/11.

The report comes after Danes divulged a major spoiler at the “Homeland” panel at PaleyFest earlier this month. After the season 5 finale aired, fans wondered whether Quinn (Rupert Friend) survived after sustaining a serious gunshot wound. The finale saw Quinn in the ICU, and it was unclear whether he was going to make it or not. But at the pop culture event, Danes revealed why her character is in New York City, telling the crowd, “Carrie is in New York largely because Quinn is receiving therapy there.”

Based on what the actress said, it looks like Quinn is still alive and that he and Carrie are still together. Variety reports that Danes’ comment elicited a positive reaction from fans, but drew a sharp, half-joking rebuke from showrunner Alex Gansa, according to TVGuide.

Meanwhile, Gansa said that season 6 will tell a different story than the past season as it will be set in the interim between the presidential election and the inauguration of the new female president-elect, Elizabeth Keane (Elizabeth Marvel). During this time, Keane is caught in a tense transition of power as she prepares to deal with both domestic and international threats.