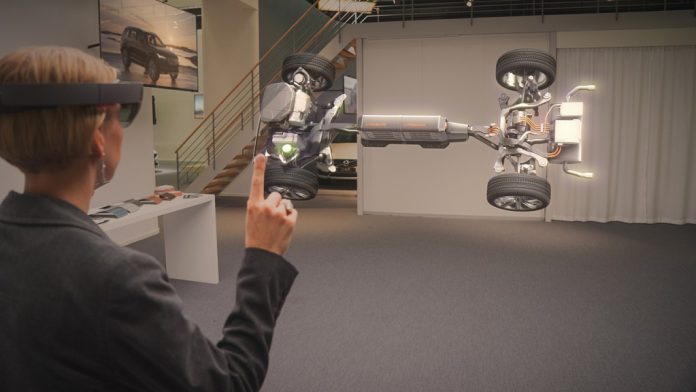 Microsoft’s HoloLens and Volvo have come together in what could possibly be the future of car building and car buying. In a recent demonstration, the two companies unveiled a new Volvo car using holograms.

“With HoloLens we have the freedom to create a bespoke experience which customers can steer themselves,” said Bjrn Annwall, Senior Vice President, Marketing Sales and Service at Volvo Cars. “Imagine using mixed reality to choose the type of car you want to explore the colors, rims, or get a better understanding of the features, services and options available.”

This is exactly what reporters from GeekWire and other publications experienced in a recent demo. During the hands-on experience, they were able to use the HoloLens to customize the new Volvo S90, look at its inside, and basically explore the features of the car using Microsoft’s device.

Volvo has revealed to GeekWire that some of its customers will also get to have the same experience, “in one form or another,” next year. A real version of the new Volvo S90 will come out in January.

Using the HoloLens to come to a decision to buy a car or not is just one of the potential applications for the device. In a video presentation (below), the two companies also hinted at the possibility of using it to make cars. The partnership between Microsoft and Volvo doesn’t end with the HoloLens, however. They are also reportedly in the process of building autonomous or self-driving cars.

Microsoft, in a blog post, also said it is currently working with other partners, such as NASA, JPL, the Cleveland Clinic, and Case Western Reserve University, to discover more applications for the device.

The HoloLens was showcased in January and a developer version will be available in the first quarter of next year. The HoloLens developer edition will sell for $3,000.