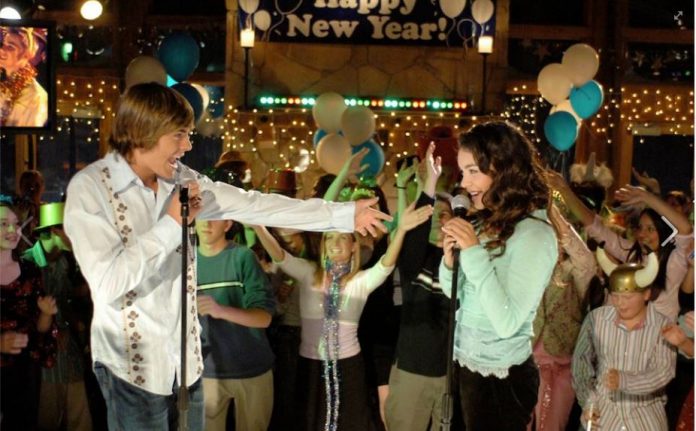 Reports circling around in the rumor mill suggest that stars Zac Efron and Vanessa Hudgens have decided to return to Disney’s musical franchise and reprise their roles as Troy Bolton and Gabriella Montes for the upcoming “High School Musical 4.”

According to reports, Troy and Gabriella are believed to get married and build a family in the new film installment as they continue their journey to happily ever after. The former will apparently also become the new basketball coach of Wildcats, while the latter heads and manages the Glee Club.

Aside from potentially showcasing a wedding in the story, some fans theorize that the couple may actually turn out to be Peyton’s parents. Teen Vogue previously shared that the aforementioned character will be the main protagonist in the sequel. The person happens to have several extracurricular activities such basketball and soccer.

Half of a script’s page teased some of the details but it remains to be seen if Peyton will be played by a boy or a girl since the network will allegedly have both genders read for the part.

Since there is no official confirmation from Disney yet, available information should be taken with a grain of salt.

On a related note, contrary to the first trilogy that focused on East High’s students, the fourth entry in the franchise may focus on their touted rivals, the West High Knights. In addition to Peyton, fans will also get to see four new faces joining the ensemble. These include Sharpay Evans’ (Ashley Tisdale) cousin Campbell, a soccer star and theater actor said to be the next-generation Troy Bolton.

“‘High School Musical’ is part of Disney Channel’s DNA. It embodies all that we stand for. As a way of continuing to embrace that heritage, we’re excited to announce ‘the start of something new’ as we launch a search for a new class of East High Wildcats to star in a fourth installment of the ‘High School Musical’ franchise,” Disney Channel President Gary Marsh shared in a statement to E! Online.

'Dark Souls 3' news: Limited edition bundles to be available in...