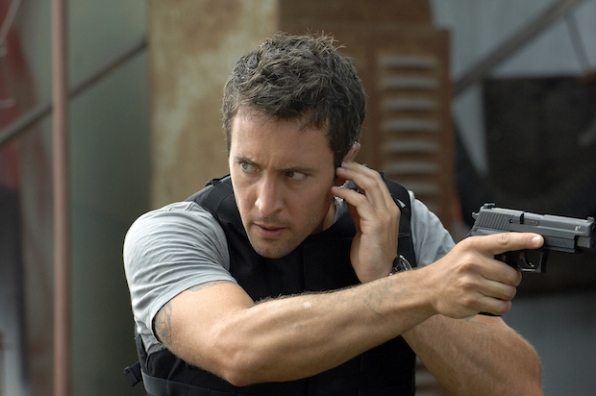 The executive producer took to Instagram to share a photo of the cover page of the script for the season opener. The title reads “Makaukau ‘oe e Pa’ani?,” which loosely translates to “Ready to Play?” The installment was written by Lenkov and Eric Guggenheim, and directed by Bryan Spicer.

Lenkov also previously teased some specific details for the opening scene. It appears that following Steve McGarrett’s (Alex O’Loughlin) liver transplant in season 6, the premiere will have a time jump in order for the former Navy SEAL to get back on his feet.

In a sneak peek of the script, words that read “Tripler Army Medical Center” and “Steve McGarrett wheels” can be seen. Lenkov captioned it with, “3 days into the first week back and we’re cranking on some good stuff for you guys.”

Meanwhile, there are speculations that instead of bringing McGarrett and Danny Williams (Scott Caan) closer, the former’s near-death experience may cause a rift between them. Danny donated a part of his liver in order for his best friend to survive the tragic incident.

However, McGarrett is known to be a risk-taker. It is predicted that he may jump back into the field and stop taking precautions given his newfound lease on life. As Danny wants him to take a better care of himself, a potential argument could ensue between them. However, it remains to be seen if it comes to fruition.

Lenkov told Entertainment Weekly that moving forward, viewers will see McGarrett reflecting on his legacy after experiencing many losses in life from his father, mother and even the woman he loved.

“He just starts to reflect on everything, the choices that he’s made and looks for a reason to continue doing what he’s doing. That’s going to play a little bit of a theme next year. McGarrett may be being a little more aware of his mortality, and also his legacy of what am I going to leave behind?” he elaborated.