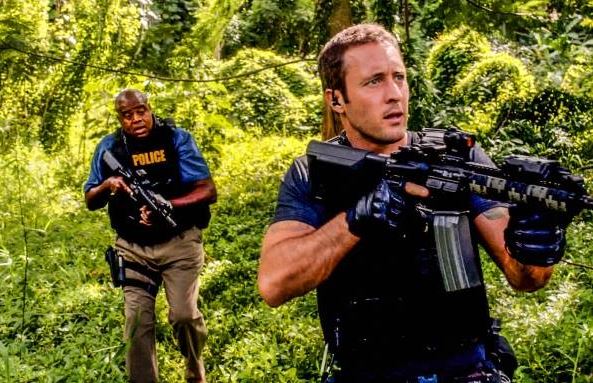 Last week on “Hawaii Five-0,” the team celebrated Halloween, and the Five-0 investigated the death of a Hollywood medium who rented a house near the area. Later, Adam (Ian Anthony Dale) and Kono (Grace Park) had a frightening experience as a death cult started hunting them down through the forest.

The team looked into the death of a famous medium named Marjorie (Jean St. James) who is said to have died of cardiac arrest in her rented home. Though it seemed that way at first, some of the team members began to think that she was murdered. They were also convinced that the house was haunted, especially when blood came out of the pipes and someone wrote the word “confess” on Marjorie’s mirror.

Later, they learned from a magician named Triblaine (David Fierro) that Marjorie was a scam artist and that all she did was set up people for disappointment. It turned out that she was killed by someone named Julie (Skyler Day), who ran away from home. Marjorie was contacted by Julie’s parents, and the medium told them that Julie was dead. Julie’s father was beside himself with grief and committed suicide soon after, and this led her to seek revenge on Marjorie.

Kono called the team and said that she and Adam were being hunted down by a death cult. The Five-0 rescued them in time, and when they began searching the forest, they found out that the cult has been killing people for years.

This week, in the episode titled “Ka makuahine a me ke keikikane” which is Hawaiian for “Mother and Son,” the Five-0 must free McGarrett’s (Alex O’Loughlin) mother, Doris (Christine Lahti), when they are told that she has been captured and is about to be executed after attempting to free Wo Fat’s (Mark Dacascos) imprisoned father.

Elsewhere in the episode, Chin (Daniel Dae Kim) loses his appeal to have Sara’s (Londyn Silzer) adoption delayed, and she must move to Mexico to be with her relatives.

In the promo for the episode, Catherine (Michelle Borth) shows up and tells McGarrett that his mother is in trouble. Doris is seen getting beat up by a group of men and the team suits up to rescue her.

Later, Doris appears to have been traumatized by her beating as she starts attacking someone, and when the man is down on the ground, she recognizes McGarrett, who says, “Hi mom.”