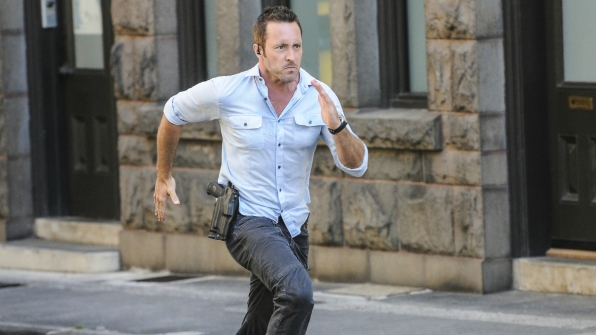 Showrunner Peter Lenkov teased that the arc introduced in the premiere installment of CBS’ “Hawaii Five-0” season 7 will be four episodes long.

As previously revealed by the network, the season opener had the team tackle the case of a vigilante serial killer who was murdering criminals. Presumably, to distinguish his acts, the culprit put chess pieces inside his victims’ mouths.

Talking to TV Guide, Lenkov shared that the person behind the murders will not be caught in the first few episodes. Some of the threads of the storyline will also extend through the rest of the run, making the killer the task force’s new top enemy.

In order to help with the situation, actress Claire Forlani joins the ensemble for the recurring role of Alicia Brown. She is described as a retired criminal profiler who will work with McGarrett (Alex O’Loughlin) as they track down the threat to the tourism of Oahu.

In a separate interview with Entertainment Weekly, Lenkov said that Alicia will be introduced in episode 2. The guys will ask for her help due to her area of expertise.

“She’s working for a couple episodes, and hopefully it’s somebody that we could bring back in the near future after this story ends in episode 4,” Lenkov said about possibly having Alicia back for more episodes.

When asked if her connection with McGarrett will be purely professional, the executive producer confirmed that it will be. However, there will be moments in the fourth installment in which they become intimate as they fight for their lives. Although it does not necessarily result to a new love interest, Lenkov stated that the two will bond over the experience.

“Especially with her experience as a psychologist or a profiler, she may be able to get into his head and understand him like no other woman has,” he added.

Episode 2 titled “No ke ali’i wahine a me ka ‘aina (For Queen and Country)” will see the debut of Forlani alongside Chris Vance as MI-6 agent Harry Langford. The team will be tasked to find a terrorist planning to cause nuclear reactors to meltdown across Europe. It is slated to air on Friday, Sept. 30 at 9 p.m. ET.