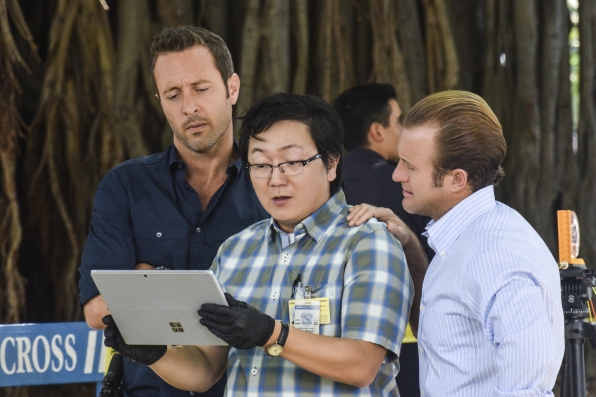 When CBS’ “Hawaii Five-0” season 7 returns to the small screen after its current three-week hiatus, viewers will see the team trying to solve a case with the help of hypnosis.

Titled “Ka Luhi” which translates to “The Burden,” episode 10 will have the Five-0 investigating a 10-year-old cold case of a missing teen when a boy suffering from post-traumatic stress disorder undergoes hypnosis. It turns out that he suddenly realizes that he may have witnessed her murder.

Missy Peregrym will guest star as Bridget, sister of Danny “Danno” Williams’ (Scott Caan). She visits Oahu for a business conference and he suspects that she may be getting close to a co-worker.

On a related note, actor Masi Oka will exit the series after the seventh season. He joined the show during its the freshman run as Dr. Max Bergman, the Chief Medical Examiner who has assisted the team in solving crimes since episode 5. He was first a recurring character and became a series regular in season 2.

According to Entertainment Weekly, Oka is set to leave in the upcoming episode 13 as the narrative will show him moving to Africa with new bride Sabrina (Rumer Wills).

In an interview with the news outlet, the star shared, “I just thought the character went through a major journey. He got married, now he’s going off to Africa, so I think character-wise I felt like Max had done too much of everything he can do.”

He also explained that his decision also stems from his other businesses also being located in Los Angeles and Japan.

“It’s been increasingly difficult to really commute to Hawaii,” he said, as he travels back and forth to the production set 18 times a year.

When it comes to Max’s send-off, Oka teased that fans will “see things that really made [his] character very interesting and unique.” They will delve more into his relationships not only with Sabrina but also with McGarrett (Alex O’Loughlin) and the rest of the crew.

“You’ll see a little bit of a I shouldn’t say a clip show but as I said, the greatest hits. And there’s a lesson/awakening from an unexpected friend and he wants to take a final journey, not a physical one, but more of an emotional and mental one as he says his goodbye to everybody,” he concluded.