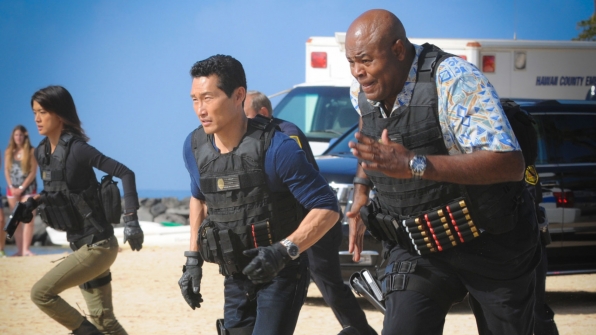 Adam (Ian Anthony Dale) and Kono (Grace Park) will finally have their long awaited reunion in the upcoming season 7 of CBS’ “Hawaii Five-0.”

Back in previous installments, the newly married couple had their honeymoon halted by Gabriel (Christopher Sean) and his moments of torture which resulted in Adam’s unfortunate imprisonment. It turns out that the husband’s time in jail did him some good. He finally attained the life he has been desiring for free from the ways of the Yakuza and not tainted by his father’s past anymore.

However, it seems like his decision to keep Gabriel’s criminal records a secret will be still in Kono’s mind and there may still a bit of awkwardness between them. In an interview with Entertainment Weekly, showrunner Peter M. Lenkov teased, “These two people have to get to know each other again.”

“Some of that erodes when there’s distance. Especially being in prison, your mind starts to wander and you start to question things. But their relationship is in a healthy place, I just think that they’re going to need to get to know each other again when he comes out. But I think she will trust him,” he further hinted.

Meanwhile, Kono’s cousin Chin Ho Kelly (Daniel Dae Kim) will also see his relationship with Abby Dunn (Julie Benz) in a good place. The two will be living together in the new season and Lenkov assured fans who are worried that Benz may be leaving since she has another show with the works, confirmed that they are “absolutely hoping to continue that next season.”

There is also the possibility of Chin Ho becoming a father if he adopts Gabriel’s daughter who is the only remaining blood relative of his departed wife, Malia (Reiko Aylesworth). However, it remains to be seen if it comes to fruition.