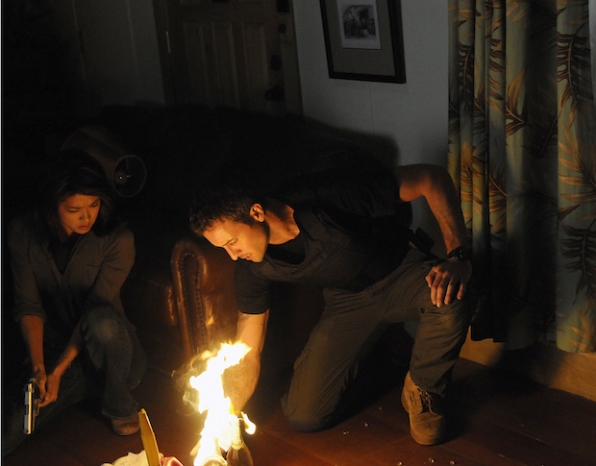 A slew of familiar faces will be returning to CBS’ procedural series, “Hawaii Five-0” for its upcoming seventh season.

Steve McGarrett (Alex O’Loughlin) will have a grand reunion with three special ladies in his life. According to TV Line, in addition to Christine Lahti and Michelle Borth coming back as his mom Doris McGarrett and ex-girlfriend Catherine Rollins, respectively, Sarah Carter will also have a special guest appearance.

The “Falling Skies” alum was introduced last season as Steve’s new love interest named Lynn Downey. The actress will reprise her role during the milestone hour that marks the franchise’s 150th episode.

It can be recalled that Lynn appeared twice in season 6. First was during her date with Steve that turned out to be more of an island adventure. It was then followed by a Valentine’s Day-themed episode where she discovered that Steve was planning to propose to Catherine.

When Adam was last seen in the finale, he landed in a prison cell. Following Gabriel’s (Christopher Sean) reign of terror, which ended when he was killed, the couple will finally have the chance to start their marriage free of the Yakuza. The clip shared by Lenkov featured Kono and Adam smiling brightly as they listened to some live music.

It remains to be seen which episode he will appear in as the premiere will focus first on McGarrett’s release from the hospital following a liver transplant. “We love Ian, so we want him back. … What you’ve got to remember is McGarrett’s recovering, so I’m going to start the season with him coming out of the hospital, so it’s going to be less than four months,” Lenkov previously shared.