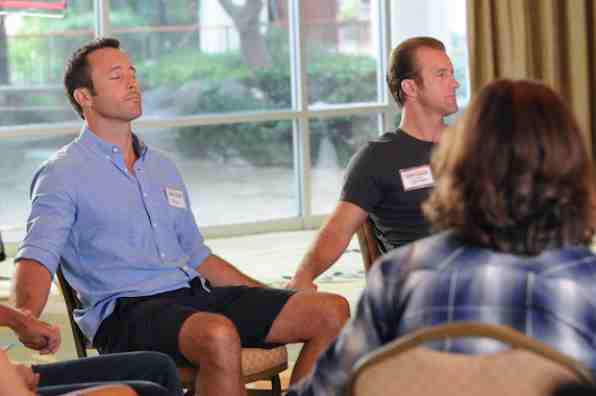 The seventh installment of police procedural “Hawaii Five-0” will see a stronger connection between best buddies Danny (Scott Caan) and McGarrett (Alex O’Loughlin) following the events that transpired during final episode of season 6.

With a physical piece connecting them, following Danny’s decision to donate his other liver to McGarrett, showrunner Peter M. Lenkov teases that fans can expect that the duo’s bond will only get stronger. Despite this, he was also quick to add that this does not mean that it will all be sunshine and rainbows for the two. In fact, the newfound connection will also be a source of new conflict between the characters.

“It brings Danny and McGarrett even closer together and it gives them another thing to be arguing about next year,” Lenkov told Entertainment Weekly. “I love the idea that McGarrett is going to abuse that organ, because McGarrett is a person who abuses himself and puts his life in danger all the time. Danny is going to resent the fact that he saved his life because of that. These guys are blood brothers, but now literally they are,” he added.

Season 6’s chapter-ender, titled “O Ke Ali’i Wale No Ka’u Makemake/My Desire is Only for the Chief,” was one for the books. It was full of action sequences, dramatic moments and humorous exchanges, especially between Danny and McGarrett. By the end of the episode, a sneak peek of what’s to come at least according to Lenkov went down with the two leads bickering about a couple of things.

With a brand new chapter of the series soon arriving, “Hawaii Five-0” strives to differentiate the team-up of Danny and McGarrett from other police duos. With this development, there is a whole new world of possibilities, specifically in terms of the narrative, the duo’s dynamics and their separate storylines.

Last month, just after the show dropped the curtain for their sixth year, Lenkov divulged that with a brand new shot at life, there will be some changes with McGarrett and how he perceives the world.

“He just starts to reflect on everything, the choices that he’s made and looks for a reason to continue doing what he’s doing. That’s going to play a little bit of a theme next year,” Lenkov said.