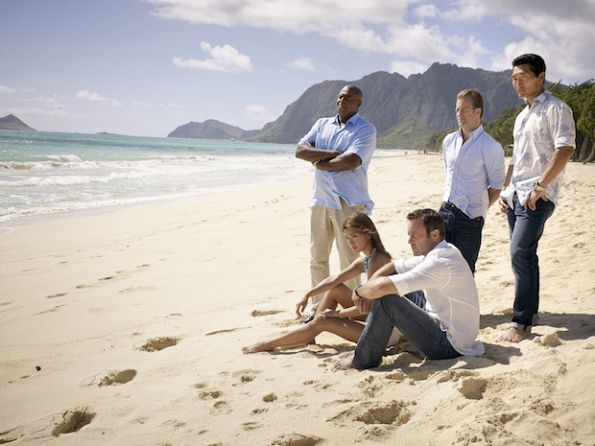 According to TV Line, actor Jimmy Buffet, who portrays the recurring role of helicopter pilot Frank Bama, appeared on the “Today” show and repeatedly referred to the series’ upcoming installment as “the last season.”

Lenkov took to Twitter to set the record straight, stating, “Hey @jimmybuffett whoever gave you that info is wrong. Bama is alive and well… For many many MORE seasons. Good luck on the tour.”

Talking to the news outlet afterward, the executive producer explained that he does not know where the actor’s information came from. “It was early in the morning and I think they were giving him margaritas or something! We’re playing it as if we’re coming back, as if we have another season at least,” he said with a laugh.

Lenkov added that when it comes to the show’s upcoming milestone the 150th episode which will hit the small screen during the back half of season 7, they will bring back some familiar faces. These include McGarrett’s (Alex O’Loughlin) ex-girlfriend Catherine Rollins (Michelle Borth) and his mother Doris (Christine Lahti). They will help “wrap up the mom/Wo Fat/father mythology, and then start some new storylines in the episode that follows,” Lenkov teased

Lahti shared her excitement in being able to reprise her role, tweeting, “I am coming back to H 5-0! Thanks!” It can be recalled that the ex-Navy SEAL reunited with his mother back in season 2 but it did not last long. The CIA agent also reappeared in the 20122013 season before hitting the road once more. Some speculate that the debut of Dae Won (Sung Kang) last season will probably lead her to return to the island of Oahu.