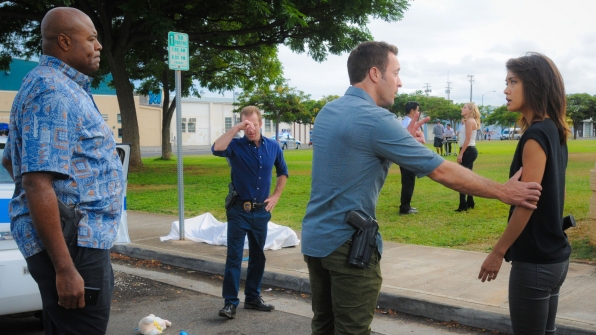 A British MI6 agent will make his way down to the shores of Oahu for the upcoming season 7 of CBS’ hit thriller drama “Hawaii Five-0.”

According to TV Line, “Supergirl” alum Chris Vance will guest star for the said role. Although details regarding his character remain under wraps, showrunner Peter M. Lenkov confirmed to the news outlet that the agent “goes up against Five-0, then teams with them to solve a big story.”

It is speculated that Vance may be incorporated to an established storyline in the narrative as the show has already tackled international espionage before. It can be recalled that McGarrett’s (Alex O’Loughlin) mother Doris (Christine Lahti) was introduced as a CIA agent. The latter will also have a comeback on the 150th milestone episode of the franchise alongside Steve’s ex-girlfriend Catherine Rollins (Michelle Borth).

Aside from Vance, it was previously announced that other newcomers who will make their debut in the storyline include Rosalind Chao as the new governor of Hawaii named Keiko Mahoe, and “Dallas” actor Faran Tahir for the guest role of Lucky. The character is described as a suave, polished and very wealth Egyptian-born businessman who will appear in episode 2.

When it comes to the highly anticipated premiere, the network revealed that the plot will revolve around a potential vigilante.

The body of a serial killer is reportedly found in the headquarters with an ivory chess piece placed in his mouth. Following the incident, another serial killer is also discovered in the same position. The team will be hustling to find out who the real culprit is as he causes fear among the residents and threatens the tourism of the state.

McGarrett is predicted to get involved in the case despite his squad telling him to rest and recover after having liver transplant surgery. His best friend Danny (Scott Caan), who donated part of his own organ, will also reprimand him for going back to the field. The synopsis hinted that McGarrett “finds comfort in talking to someone with a very special connection to the team,” instead. Claire Forlani will also recur as Alicia Brown, a retired criminal profiler.