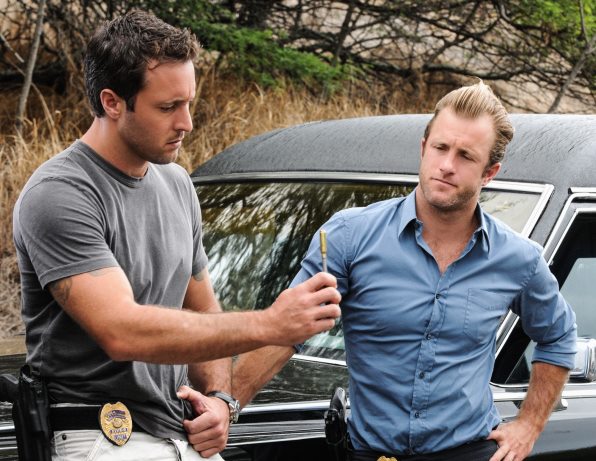 Can love really be sweeter the second time around?

The last time Steve McGarrett (Alex O’Loughlin) and Catherine Rollins (Michelle Borth) were together, the stiff and emotionally awkward former Navy SEAL was finally ready to propose to his long-time girlfriend. However, after Catherine expressed her decision to head out again in an alleged mission to help earthquake victims in Nepal, which turned out to be just a cover for some highly classified military assignment, Steve told her that he could no longer keep waiting for her.

Was this really the end of McRollins?

According to Movie News Guide, executive producer Peter M. Lenkov said that rekindling the burnt out flame between Steve and Catherine is not in the books when Borth returns to “Hawaii Five-0” to reprise her role for the show’s 150th episode.

“I just don’t think that can happen after all that these two have gone through,” Lenkov said. “Her relation to the story is more plot driven than reigniting that relationship,” he added.

Meanwhile, the recently released official episode summary of the season 7 premiere revealed that a new recurring character is set to team up with the Hawaii Five-0 task force to hunt down a serial killer targeting other serial killers. Claire Forlani of “Meet Joe Black” will be playing Alicia Brown, a retired criminal profiler who will be working closely with Steve and his team. She is expected to make her first appearance in the upcoming season’s second episode.

In other news, Entertainment Weekly reported that more Steve and Danny (Scott Caan) bickerings are to be expected now that the two buddies are sharing an organ between themselves. In the previous season’s finale, a fatal aerial ambush put Steve’s life on the line, prompting Danny to donate half of his liver to save his buddy.

“It brings Danny and McGarrett even closer together and it gives them another thing to be arguing about next year,” Lenkov said.

It’s not at all surprising since Steve would most likely keep being Steve, always pushing himself to the limits and abusing Danny’s donated liver in the process.

Danny just being Danny would surely spark more “carguments” (a word that Scott Caan himself has helped coin) between him and his stubborn partner.

“These guys are blood brothers, but now literally they are,” Lenkov added.