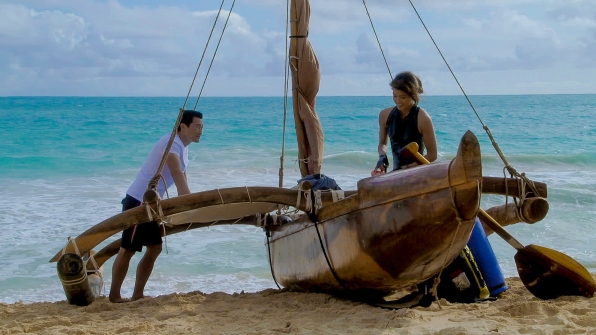 The ceremony reportedly centered on the Hawaiian word “eono” which means six.

The new season will pick up from the season five’s finale episode at the reception of Kono and Adam’s wedding.

According to Lekov, the executive producer, hinted that the first episode will portray Kono having the “worst honeymoon anybody’s ever had.” Noting that the episode will be interesting, he further teased that the overall story will be “very cool, very different, very big, and something like we’ve never done before.”

In a separate interview, he shared that they will also incorporate a plot loosely based on a real life event. They will have flashbacks showing the time in 1800s when pirates raided Hawaii. The storyline is said to tie up with the treasure hunt McGarett and his crew encountered.

Viewers may also expect to know more of what’s to come between Steve McGarrett and his old lover Catherine who appeared in the finale.

“I can promise you that by Episode 3, there will be a surprise turn in their relationship. The first few episodes [of Season 6] include a McGarrett/Catherine arc that will answer this.” He also mentioned that Chin Ho will have a potential new love interest in order delve more into the character’s personal life.

Taking it to Twitter, the showrunner also revealed that Aunt Deb will be seen again on the new season.