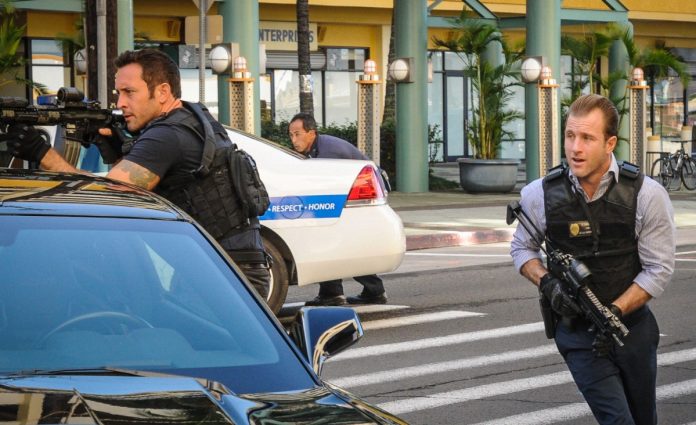 “Hawaii Five-0” is down to its final installments for the season, featuring two-hour action-packed episodes that will have the police force tracking down a group of criminals while saving one of their target outlaws.

Titled “Pa’a ka ‘ipuka i ka ‘upena nananana” which translates to “The Entrance is Stopped with a Spider’s Web,” the first part will have the team successfully tracking down Gabriel (Christopher Sean).

However, in an ironic turn of events, they are forced to protect Gabriel when they found him wounded. People will begin chasing them as they move from building to building as they make their way out of Chinatown. They will become surrounded by gunmen whose goal is to kill Gabriel and everyone who gets in their way.

Meanwhile, the second segment dubbed “O ke ali’I wale no ka’u makemake” which translates to “My Desire Is Only For The Chief,” will have serious stakes at hand.

The synopsis reads that while the are trying to infiltrate a meth ring, Danny “Danno” Williams (Scott Caan) is forced to break his and Steve McGarrett’s (Alex O’Loughlin) cover in order to save his partner’s life. They will put themselves on the line in the hopes that they will stop a meth epidemic from happening on the island. Along the way, McGarrett will be seriously wounded.

In an interview with TV Line, show runner Peter Lenkov teased that viewers will get to see Danny doing something he has never done before and there will be thrilling scenes to watch for. “McGarrett ends up getting shot, and Danny, who’s never flown a plane before, has to land their plane. The stakes are really big,” he shared.

Talking to TVGuide, “This is really a McGarrett/Danny story, and probably the [highest] stakes that we’ve done between these two guys ever. It puts both of them in a very life-and-death situation that will actually, at the end of it, connect them more than ever. One of them is going to save the other’s life in a huge way,” he added.