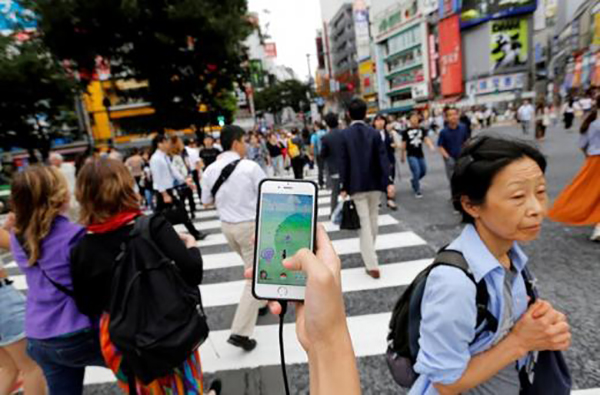 With the huge success of “Pokemon Go,” many fans campaigned for augmented reality (AR) apps for their favorite franchises. Among which is “Harry Potter Go,” which is making the rounds on social media with a fan-made trailer.

According to Parent Herald, “Harry Potter Go” is inspired by the AR app by Niantic, and the upcoming “Harry Potter” spin-off movie “Fantastic Beasts and Where to Find Them.” Riding on the hype train of “Pokemon Go,” Stargaze Media released a trailer featuring the Marauder’s Map and the four Hogwarts houses.

The trailer also showed what would be included in “Harry Potter Go” should it materialize, including a wizard or witch avatar catching beasts, collecting magic cards and interacting with fellow wizards and witches.

This caused many fans to get excited and to wish for the game to come true, but HNGN reported that there are a lot of things to consider before “Harry Potter Go” comes to fruition.

First of all, those behind “Harry Potter” should give the green light to a developer before production goes under way. After that, development would take long. There is the planning phase, the actual production phase that would take years, and the testing phase, where errors and bugs would surface and be fixed.

However, the report noted that the title has a huge potential for success. Fans of the franchise expressed interest in the chance to get sorted into one of the four houses: Gryffindor, Slytherin, Ravenclaw and Hufflepuff. They are also interested in hunting for beasts in the wizarding world, “Pokemon Go” style.

As of now, Niantic or any other developer armed to create an AR game still has to create a proposal and acquire the rights to go ahead with the game. Those on the “Harry Potter” side also still have to comment on the matter.

Aside from the fan-made trailer, there is no clear indication that “Harry Potter Go” is making its way to fans’ devices soon or anytime in the future.