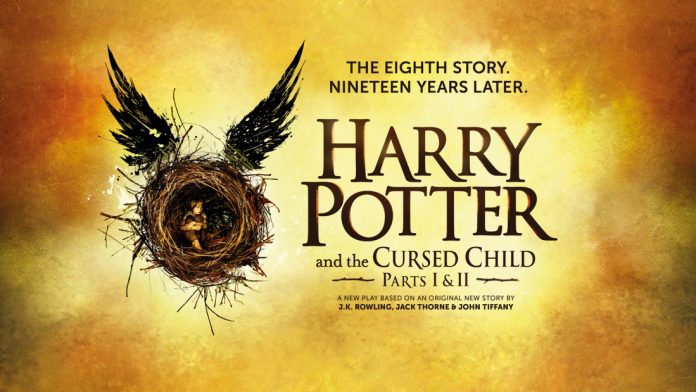 After the last measure of “Harry Potter and the Deathly Hallows,” time has slowed down for fans of author Joanne K. Rowling aka J.K. Rowling, writer of all seven “Harry Potter” books. But they will soon be up for a treat with the new work coming out soon on London stage, “Harry Potter and the Cursed Child.” This will be a two-part play centering on Harry’s son, Albus Severus.

The new “The Cursed Child” poster is out, BBC reveals, depicting a young boy settled in a nest. The synopsis, released by publicists for the play and included in a Reuters report, promises that Harry and his son will go through struggles to deal with the family legacy, with an almost ominous-sounding end of having to accept that “sometimes, darkness comes from unexpected places.”

This story is a collaboration of Rowling, director John Tiffany, and script writer Jack Thorne, and is expected to take up the story where the last installment left off, with a new generation of Potters. Earlier, on BBC, Rowling held on to details of the play’s plot, claiming she did not “want to say too much more, because I don’t want to spoil what I know will be a real treat for fans.”

Reuters quotes Rowling as saying, “The story only exists because the right group of people came together with a brilliant idea about how to present Harry Potter on stage.” When asked on BBC why “Harry Potter and the Cursed Child” isn’t another novel, Rowling replied, “I am confident that when audiences see the play they will agree that it was the only proper medium for the story.”

Online ticket sales for those who have booked earlier on the official website will come on Oct. 28. The two parts will be performed on the first day. Production publicists reveal that this will be on July 30, 2016, signaling the start of play previews at the Palace Theatre, London. The general public will be able to access the tickets on sale on Oct. 30, as reported by Reuters.