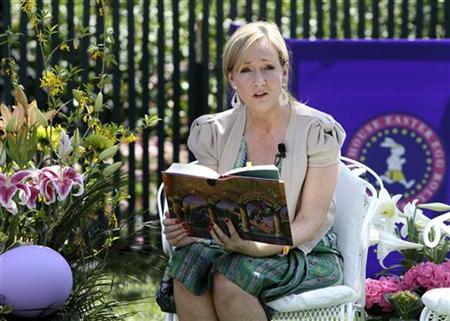 Bestselling author J.K. Rowling recently took to Twitter to clarify numerous times that the upcoming stage play Harry Potter and the Cursed Child will not be a prequel.

The frustrated Rowling addressed the issue a number of times while including links to news organizations that reported that the play will center around Harry’s pre-Hogwarts days.

“NOT a prequel. Not. A. Prequel,” she tweeted after making the correction 11 times last June 28.

Meanwhile, What Culture compiled seven interesting theories on what part of Harry’s life the non-prequel will cover.

Among the popular theories is that the play will revolve around James and Lily Potter to flesh out the backstory about Harry’s parents.

Another theory is that it may involve Lord Voldemort in some capacity, being the main villain in the seven books. The theory speculates that the Curse indicated in the title will have something to do with the source of evil that has plagued the wizarding world for the most part of the saga.

There may also be a possibility that one of Harry’s kids may well be the Cursed Child in question owing to the epilogue of the Potter books happening 19 years after the Philosopher’s Stone was released.

Theory number four points to Draco Malfoy, who may be dealing with a lot of issues in the aftermath of his family’s involvement in the wizarding war at the end of the Potter books as the Cursed Child.

The fifth theory hints at the possibility of the Cursed Child being an entirely different character as a way to expand the Harry Potter universe.

The possibility that Lupin may be the cursed child has been floated around as well, since his backstory is just as complicated as Harry’s perhaps even more so given his werewolf blood.

The last and the most likely theory is that it will expound on the events at Pivet Drive which played a pivotal role in Harry’s growing up years. This fits well will the original announcement of the description of the play as well.

For the play, which is set to open next year at the Palace Theater in London’s West End, Rowling is collaborating with television writer Jack Thorne and director John Tiffany