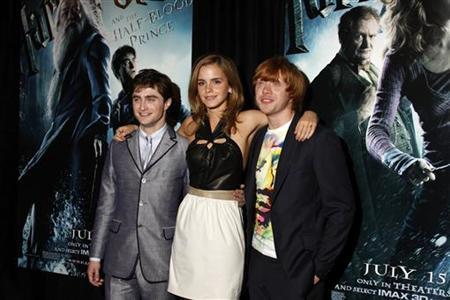 Chris Columbus, who directed the first two films in the Harry Potter franchise revealed that he wants to make another film that revisits the fully-grown characters.

Columbus told Entertainment Weekly that the movie he has in mind is not in line with the upcoming spinoff film “Fantastic Beasts and Where to Find Them,” but the story will revolve around the favorite trio Harry Potter, Hermione Granger and Ron Weasley.

“I would love to go back and do another one… I’m just fascinated about what happened to them after the end of the last movie, because then they cut to 18 years ahead. There’s 18 years there of great Harry Potter stories.”

The report noted that the gap is actually 19 years.

When asked if he had a chance to tell writer and creator J.K. Rowling about his idea, “I don’t have the courage to actually mention that to her because I have such respect for her. She should do what she wants to do, but I really would love to know what’s in her head about those missing years,” he answered.

Moreover, fans of the books recently took it to Twitter to persuade Rowling to write another sequel. Posting using the hashtag “#NewHarryPotterBooks,” some users even suggested possible titles.

Some humorously pitched “Harry Potter: Defense Against The Blart Arts,” “The Perks of Being A Gryffindor,” and “Harry Potter and the Artist Formerly Known as Prince,” The Independent reports.

Meanwhile, Academy Award-Winning actor Eddie Redmayne will headline the three films for the Fantastic Beasts franchise. The first movie is currently undergoing production and slated to hit theaters on November 16, 2016.

Rowling previously mentioned that the spinoff films are neither a sequel nor a prequel but “an extension of the wizarding world.”

“The laws and customs of the hidden magical society will be familiar to anyone who has read the Harry Potter books or seen the films, but Newt’s story will start in New York, 70 years before Harry’s gets under way,” she said.