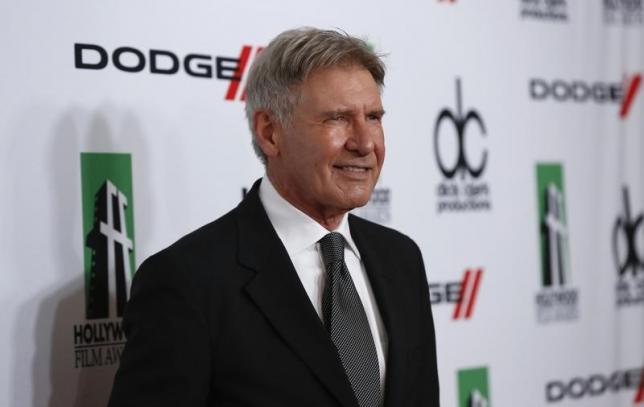 Harrison Ford, famously known for his portrayal of Han Solo and Indiana Jones, gave his thoughts on the upcoming “Star Wars” flick and the prospects of a fifth “Indiana Jones” movie.

Ford has seen the seventh “Star Wars” installment and, of course, he thinks it’s great. He goes into specifics citing the good performances of new cast members during an appearance on “Good Morning America.”

“It was great. It’s a wonderful movie. It’s got great production values. It’s a real big movie, and I was delighted to see it,” he said.

Ford previously admitted in “Jimmy Kimmel Live” that he wanted Han Solo killed off in the original trilogy due to lack of character development, saying, “I asked [Lucas] to ask the writers to kill me off, because I thought that it would be good that the character who appeared to have not so much of a complex interweaving with the theme of the Force and all that good stuff…”

However, in “The Force Awakens,” Ford believes his character has a complex story and emotional context.

Between the two popular characters he’s played on the big screen, Ford doesn’t hold back on his feelings toward Indiana Jones. He made it clear that he’s not ready to give up his whip and fedora just yet.

“I would love to do another Indiana Jones and work with Steven [Spielberg] again … If we get a script, I’d love to do it,” Ford revealed on “Good Morning America.”

Director Steven Spielberg is open to the idea as long as the script is amazing. Speaking with Yahoo! Movies, the 68-year-old director said he is willing to do “Indiana Jones 5” with Ford.

The fourth “Indiana Jones” flick, “The Kingdom of Crystal Skull,” earned $786.6 million at the worldwide box office despite mixed reviews.