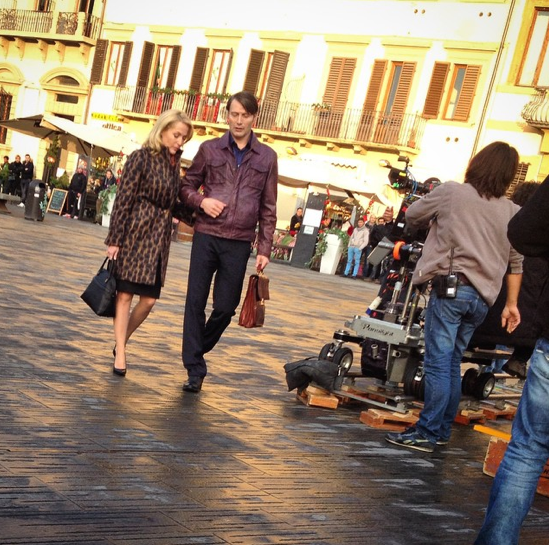 Hannibal’s impressive star roster such as Mads Mikkelsen and Hugh Dancy has joined the free agent market 10 days after their show got cancelled last June 22. It’s a gory state of affairs for the critically praised show but fans are still holding out that a new home will be made for Hannibal soon. Gaumont International Television, meanwhile, sets the cast members free for the meantime, reports Deadline.

The two lead actors playing Hannibal Lecter and Will Graham are looking forward to continuing their roles if the show runners manage to find a new home for the show. The fourth season is wrought with challenges, however. They are currently under an exclusive contract with Amazon which makes them unable to partner with other potential streaming services like Netflix. Also, Bryan Fuller already has his hands full with Neil Gaiman’s American Gods on NBC.

The cancellation of Hannibal despite its devoted fan base is much debated online. Fans found it rather shocking or betraying – heartbreaking, even. Some critics such as the article from Cheat Sheet claim that the non-mainstream and thoroughly dark quality led to Hannibal’s undoing or cancellation and that the gory scenes did not cater to a mass audience that rakes in the right numbers for the station housing the show. But Bryan Fuller views it otherwise. He felt it had been successful despite the outcome in the sense that NBC has ventured into new TV series territory just by airing the show.

Despite the Amazon lock, people are looking into Playstation Network, Hulu, and Netflix to help rescue the show’s cancellation. The promising niche of fans will follow Hannibal wherever it decides to park its future seasons. But there is also the remote possibility that the show will be homeless for good unless the French studio finds a workaround for the current conundrum that Hannibal is in.