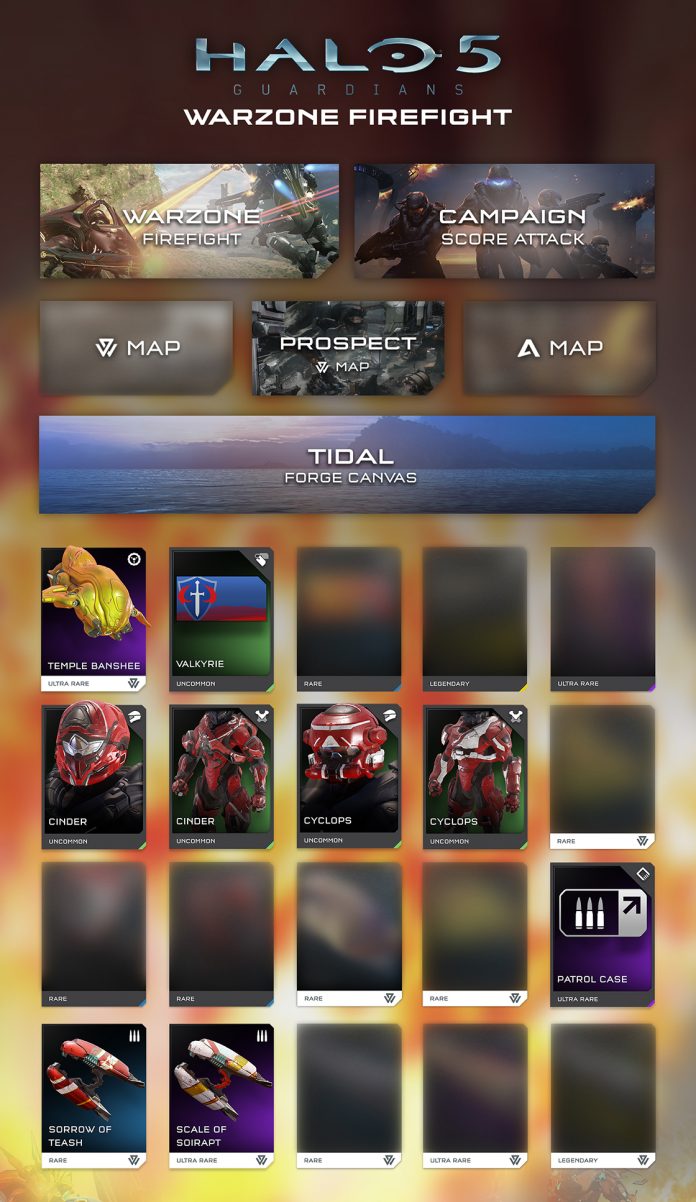 Instead of fighting against each other among hostile conflict raging between remnants of Covenant and Forerunner Promethean forces, players can now prepare to focus and train their guns solely on the aliens as new information has been detailed about the upcoming Firefight game type for the Warzone game mode in “Halo 5: Guardians.”

As part of the developer studio’s latest weekly update, 343 Industries included a sneak peek into the upcoming Warzone Firefight expansion amongst its latest list of topics. The weekly update featured the upcoming changes and new mechanics coming in with the Firefight update, and how they will affect and factor into the Warzone game type of “Halo 5: Guardians.”

To those unfamiliar with it, the Firefight game type was a single or cooperative mode introduced in the 2009 side entry into the “Halo” series, “Halo 3: ODST.” The game type functioned similarly to the Horde Mode in the “Gears of War” series, where it pitted players against wave after wave of increasingly more powerful and difficult artificial intelligence (AI) controlled enemies instead of the usual player versus player flare.

Essentially, the Firefight game type never had a typical end objective with players able to continue for as long as their team had lives and could continue surviving against each wave of enemies. The game type also featured in the 2010 prequel “Halo: Reach” and it is now coming back as a subtype of the Warzone game mode, which will fit well considering the game mode already features an army of AI-controlled enemies alongside a massive face-off between two teams of 12 players.

For its arrival to “Halo 5: Guardians,” the Warzone Firefight update will feature on multiple maps, and will introduce a new tier of Mythic enemy bosses, alongside a host of new weapons and vehicles. The update will also include a new Forge canvas, as well as updates to some multiplayer mechanics like the scoring.

Images of some of the new toys players can get their hands on were shown with the post, featuring an Ultra Rare golden Temple Banshee vehicle and Rare plasma rifles. 343 Industries has given no official release date as of yet, but the post did indicate that the Warzone Firefight’s release is drawing nearer.