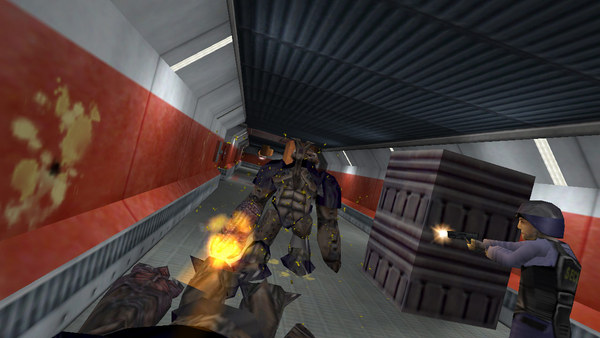 With this year’s Electronic Entertainment Expo trade show around the corner, fans are said to be still hoping that the highly anticipated sequel “Half-Life 3” will become a reality despite the developers being quiet about the matter.

According to GameNGuide, there are conflicting reports that the series will have another entry 12 years after the last iteration has been released. Some industry followers speculate that the gamers may have to wait at least two more years for a possible launch on 2018. The apparent release window coincides with the franchise’s 20th year anniversary after the original game was first made available to the public back in 1998.

On the other hand, some are not very optimistic that Valve actually has the said title in development. Gabe Newell, Valve’s CEO, has been quoted stating previously, “The only reason we’d go back and do like a super classic kind of product is if a whole bunch of people just internally at Valve said they wanted to do it and had a reasonable explanation for why.”

“But you know if you want to do another Half-Life game and you want to ignore everything we’ve learned in shipping ‘Portal 2’ and in shipping all the updates on the multiplayer side, that seems like a bad choice. So we’ll keep moving forward. But that doesn’t necessarily always mean what people are worried that it might mean,” he continued.

Those who remain hopeful note that the developers may opt to make the game playable in the Virtual Reality platform and take advantage of the system’s next-generation settings. However, it remains to be seen if the game will see the light of day as the main series writer Marc Laidlaw has reportedly already resigned from the team.

Since there is no official statement yet, available information should be taken with a grain of salt.

'The Bachelor' season 20 spoilers: 7 girls to be eliminated in...