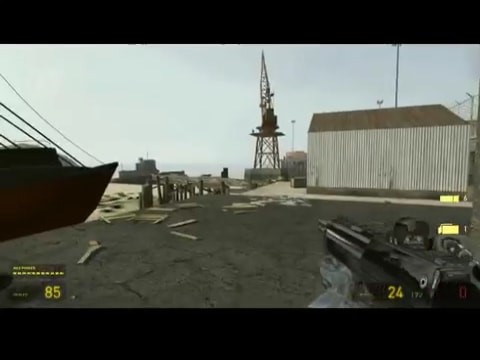 Despite Valve’s seeming lack of updates for their highly anticipated game “Half-Life 3,” speculations suggest that the sequel may feature new terrains for the players to explore and even a Kraken Base.

According to reports, the next installment may include the said location first introduced in the second “Half-Life” game. The Kraken Base was supposed to be featured during the opening scene of the original game but it was cut.

There may also be new terrains that will allow gamers to submerge themselves underwater in order to navigate undiscovered places. Instead of simply swimming and diving into the depths, there are rumors that a submarine may be needed to access it.

When it comes to the characters, Doctor Helena Mossman is touted to become the main antagonist. Her arc is believed to revolve around her betrayal of the research team which will put them in a grave danger. Among those affected by her action is Gordon as the protagonist is also expected to return.

Hearsay is that the game may arrive sometime in 2018 in celebration of the franchise’s 20th anniversary. It may also have a support for virtual reality (VR) technology as the developers are rumored to be collaborating with HTC for their Vive VR headset. However, since there is no official announcement yet, available information should be taken with a grain of salt.

As fans wait for more details, they may first get their hands on a multiplayer mod that was first spotted two decades ago. Ars Technica shared that the mod dubbed as “Threewave” was first released in 1996 and was contained in the infamous 2003 hack of Valve’s servers.

However, the version was deemed broken by those who tried running it online or locally. Valve News Network‘s Tyler McVicker came in and tracked down a complete version from a Vietnamese server. He apparently worked with a programmer codenamed PixelMiner to fix the issues that made it unplayable. After months of labor, the two rendered the mod playable and available for download.