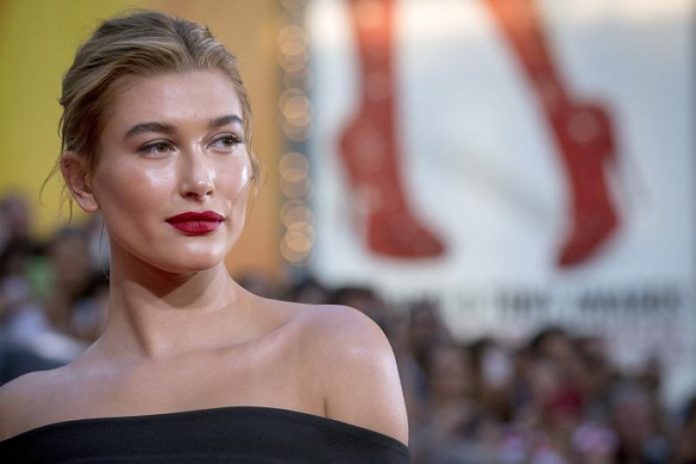 Baldwin, 19, spoke to Entertainment Tonight during the annual amfAR Gala in New York City and has nothing but love about long-time pal and rumoured beau, Bieber, 21.

“He’s really funny. We have a good time together,” Baldwin told Carly Steel. “He’s just really sweet. He’s a good kid, he has a good heart and I love him.”

The “Love Yourself” singer didn’t only sweep Baldwin off her feet as he got the model’s parents to like him, too.

“Both my parents like him a lot,” the daughter of Stephen and Kennya Baldwin added.

It seems like everything is looking good for both parties as Baldwin also got to spend time with Bieber’s family at a beach in December.

Beiber posted a photo of them enjoying the sand with his siblings and friends. It was captioned, “Sandcastlekings.”

Although the couple still isn’t exclusive, Bieber already mentioned about tying the knot with Baldwin in his interview with GQ Magazine. He did clarify, however, that he is taking his time to make sure he is not hurting anybody this time.

“I know in the past I’ve hurt people and said things that I didn’t mean to make them happy in the moment,” Selena Gomez’s ex-boyfriend told the magazine. “So now I’m just more so looking at the future, making sure I’m not damaging them. What if Hailey ends up being the girl I’m gonna marry, right? If I rush into anything, I damage her, then it’s always gonna be damaged. It’s really hard to fix wounds like that. It’s so hard… I just don’t want to hurt her.”

Getting serious or not, Bieber admitted that Baldwin is someone he really loves and that they are spending a lot of time together.

'For Honor' release date, news: Game's multiplayer feature will not use...