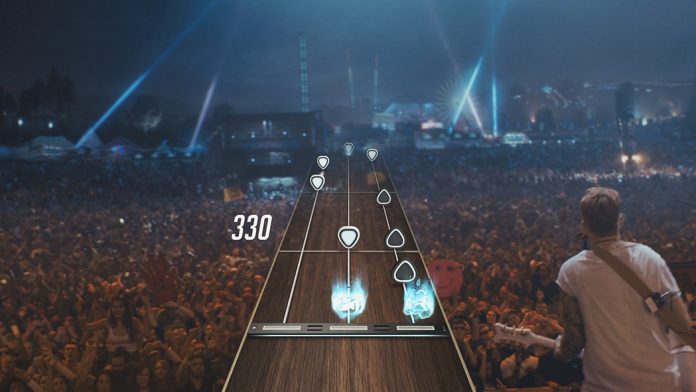 Activision has finally released “Guitar Hero Live,” and critics are saying that the game lives up to its promise of giving players the ultimate rock experience.

In “Guitar Hero Live,” players will go to different venues such as small clubs and main stages and perform in “a real band, in front of real crowds who react in real time.” There are also two major fictional music festivals that players can participate in, if they qualify, called SoundDial and Rock the Block.

What’s more, the game developer unveiled the GHTV where music videos starring the players are constantly broadcast. The website for the game says, “Hundreds of videos will be available at launch spanning all different genres of music, with new videos continually added to the line-up. You’ll be able to discover and play new songs all the time.”

At the moment, there are two channels under GHTV. The schedule for Channel 1 and Channel 2 is listed on the official page of the game. Most of the shows on each channel last for 30 minutes. The various program titles include “Metal Uncovered,” “Rock Hour,” “Let’s Go Indie,” “Most Played Pop,” and “Pop Soundtrack.”

A new Guitar Controller has also been introduced for the video game. Now with six buttons, Activision says that the controller is easier to use but more challenging to master. Aside from the new layout, the classic strum bar and whammy bar are included once again to help players.

As for track lists, some of the popular songs that players can rock to include “California King Bed” by Rihanna, “The Kill (Bury Me)” by 30 Seconds to Mars, ” “Girls” by The 1975, “Demons” by Imagine Dragons, and “Bulls on Parade” by Rage Against the Machine.

According to Entertainment Weekly, “Guitar Hero Live” is a great foundation for the GHTV to grow and feature more music videos. The review also said, “The game’s ambitions may exceed the final product for now, but it’s those ambitions that will have me checking back into Live to see how that experience evolves.”