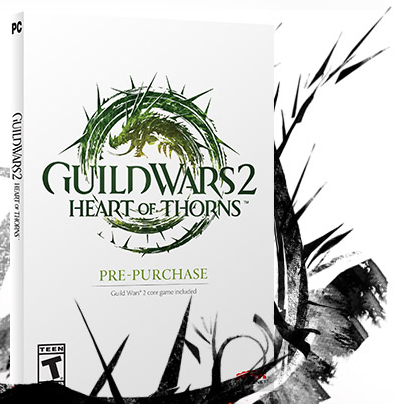 The official Guild Wars 2: Heart of Thorns website has announced that the third stress test for the new World vs World desert Borderlands will start 11 am Pacific Time on September 8.

The stress test will run for two days and will end until 11 am Pacific Time on September 10. ArenaNet also announced some good news for fans as they have reportedly increased the number of participants for the tests whom they will notify via email.

Another good thing about being able to join the stress test is that the studio is not barring gamers from the streaming and discussing their experiences so they will be free to share what they think of the game with fellow gamers.

Meanwhile, ArenaNet, in a separate post explained the concept of Raids in Guild Wars 2.

“We want to create epic experiences for you and your friends to conquer together and, once your foes have been vanquished, to reward you in ways that allow you to show off your skills to the rest of Tyria,” the post indicated.

The raid is mainly composed of a group of 10 level 80 players who will band to meet challenges like holdouts, assaults captures, defends, as well as major boss fights. The raids are different from other instanced content because it focuses not on getting inside but rather the players’ ability to defeat the encounters.

The puzzles will also challenge the teams to work together as they try to solve mysteries and these require communication and coordination for both build and play roles which they will perform on a character level and individual level.

The raid feature also boasts of a dynamic combat system that requires members of the team to put to good use the skills they have accumulated in playing the game including combo field manipulation, proper damage maximization, and damage mitigation.

The post promised more detailed information about the rewards that players can gain from the raids, but teased that Guild Wars 2 is getting ready to give away the  first ever set of legendary armor which, like legendary weapons, will enable players to able to change the stats that the armor provides.