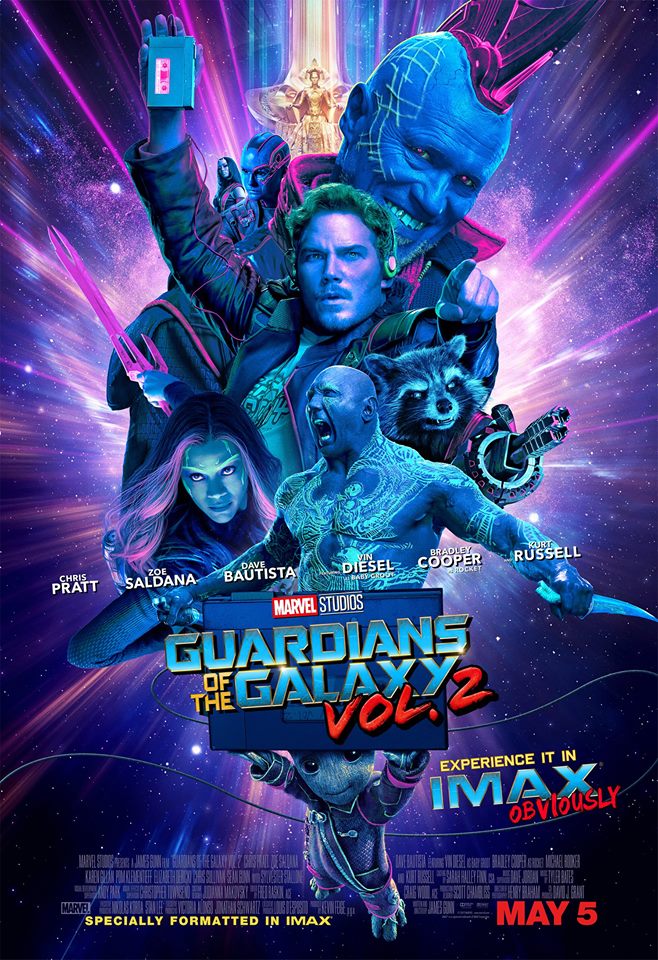 The Star-Lord has spoken, and he says “Guardians of the Galaxy Vol. 2” is the greatest movie of all time.

On March 23, the official IMAX poster for the upcoming Marvel film was unveiled by director James Gunn on social media. Following the release, actor Chris Pratt, who reprises his role as Quill/Star-Lord, reposted the photo on his Facebook account along with his personal review of the film.

“On May 5th the greatest movie in the history of movies is coming. There has never been and will never again be a movie like this. Seriously,” Pratt began his post. He emphasized that the superhero movie is better than “Citizen Kane,” a 1950s movie that received a 100 percent score on Rotten Tomatoes.

“Our movie just tested at over one million points. Rotten tomatoes already has it at 234% fresh. #GotGVol2 will win every movie award AND about 39 Olympic gold medals in swimming, gymnastics, the skiiing event with the gun, x games, snowmobiling and everything,” he continued. He also satirically stated that Gunn will be the world’s president, and the faces of The Guardians will be added to Mount Rushmore.

The 37-year-old “Jurassic World” star proceeded his superlative critique by stating that dinosaurs will come to life in May, and, unlike other movies, the pre-historic animals will become people’s pets.

“So basically get your tickets as soon as you can. Don’t be the only person on the planet who doesn’t see this movie,” he ended.

The sequel of “Guardians of the Galaxy” follows on the universe-saving adventures of Star-Lord and his team of ex-con aliens: Gamora (Zoe Saldana), Drax the Destroyer (Dave Bautista), Baby Groot (Vin Diesel), and Rocket (Bradley Cooper).

Veteran actor Kurt Russell joins the cast as Ego, an ancient cosmic being and Quill’s father. He raised Mantis (Pom Klementieff), a socially deprived alien and a new addition to The Guardians.

“Guardians of the Galaxy Vol. 2” will hit the big screen on May 5.