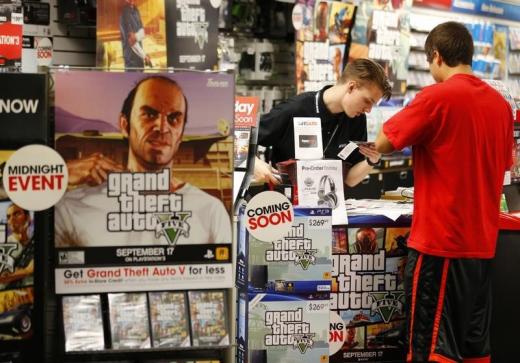 Rockstar Games have not confirmed if “Grand Theft Auto VI” is actually in the works, but this did not stop fans from speculating what may be included in the gameplay and when it will become available.

Sources close to the game developer allegedly shared that the title may be released sometime in 2019 or 2020 with virtual reality features. With VR devices starting to roll out this year, some fans of the heist-filled franchise are reportedly worried that the highly anticipated sixth installment may not be available on Xbox One.

However, some reports claim that it still possible to have the iteration in most platforms that will have support for VR such as PC and Playstation 4.

When it comes to the content, latest hearsays say that the company’s executives are interested in including a widely popular song among African-American communities in United States titled “KAKAI” by Shatta Wale.

There may also be more weapon choices, ammunitions and flying missions. Players may also explore a larger world with the introduction of a map that includes all cities previously featured in older versions of the game. Teleportation may also be introduced similar to what Ubisoft did with “The Crew.”

The narrative may also be headlined by a female protagonist rumored to have Eva Mendes as the voice actress, while her real life beau Ryan Gosling will lend his voice to the male character.

“Grand Theft Auto” co-author Even Dan Houser revealed a while back that having a woman as the lead has always been on the table, “In the future, could we do a game with a lead female character? Of course, we just haven’t found the right game for it yet, but it’s one of the things we always think about.”

Since Rockstar Games have not confirmed any of the details, available information should be taken with a grain of salt.

'The Last Ship' season 3 spoilers: What does the future...