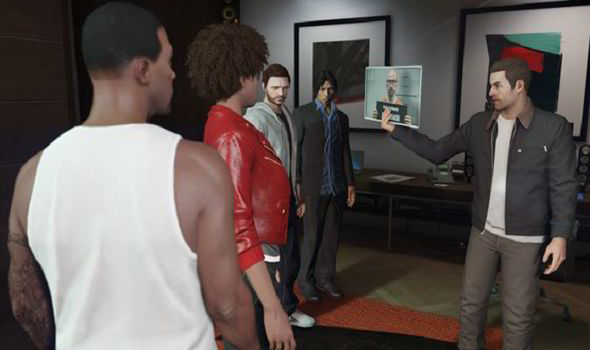 It has been several months since fans started waiting for the arrived of a promised GTA V downloadable content (DLC). Following a previous report where fans seemed to have been denied to an expected story mode DLC, famed GTA Online leakers have released what is believed to be the upcoming DLC that fans have been eagerly waiting for a long time now.

Twitter user and renowned GTA leaker funmw2 previously released information on what seems to be the long rumored Casino DLC – the tweet  has since been deleted.

“Gambling functions like casino,” the user said in another Tweet now also since deleted and extracted through iDigitalTimes), “lottery and car betting is R* next project for GTA Online. Some point in the coming months by the looks.”

YouTube user DomisLive also leaked a gameplay video of what seems to be a GTA V DLC featuring new weapons and cars to use within the game. The cars are revealed as the Detonator, Tampa, and Feroci.

As reported by DomisLive through iDigitalTimes, three hashcodes indicate three new weapons coming on the next GTA V update. While the weapons’ specification are unknown as of the moment, but speculations predict that they are the scar rifle, a grenade launcher, and an M4/Sniper hybrid rifleweapons that have been listed in the game files for quite a while now but are not yet available officially.

The Detonator, Tampa, and Feroci cars are also upgradable with custom parts from the hood to its exhaust. While these may be only rumors as of the moment, previous leaked updates appearing on updates such as the Zentorno, the Huntley and the Massacro make it seem highly possible that the three new cars might just make it to the next latest update.

While all of these leaks promise an improved and better gameplay experience for GTA V, Rockstar Games have not released any official word regarding the updates.