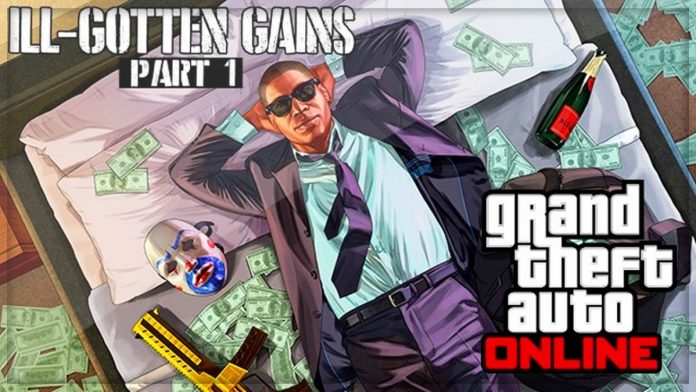 According to Segment Next, the first version of free “Ill-Gotten Gains” DLC was made available on Xbox marketplace first, and it comes in at 37.84-megabyte for Xbox 360. The second part of update will be released this summer. For PS4, the add-on update will be roughly 2-gigabyte in size, Gamepur noted.

Based on a report by Express, the following new features are included in the update: four additional vehicles added to Legendary Motorsports for Story Mode; two for Elitas Travel for Story Mode; six vehicles for GTA online; a Combat Personal Defense Weapon which will be included in the Ammu-Nation collection which unlocks in Story Mode (this is also added to GTA Online); new tattoo designs for males and females; hundreds of designer clothing and accessories, and alternative livery designs for the Enus Windsor.

Exclusively available updates for latest generation consoles and PC include luxurious activities such as drinking champagne, smoking cigars and browsing the internet and luxury engraving for different kinds of weapons. Some of the game’s bugs have also been fixed. As a result, players will have a better time controlling their characters during Versus Mission. Players will also have easier transfer capabilities across different platforms, the report added.

City Skyline reported that the whole point of the update may be to encourage players to spend the money they earned while performing heists as the four new vehicles have the following prices: Albany Virgo for $195,000, Enus Windsor for $845,000, Benefactor Stirling GT for $945,000 and Pegassi Osiris for $1,950,000.

iPad Air 3 release date, specs: Tablet to come in as...