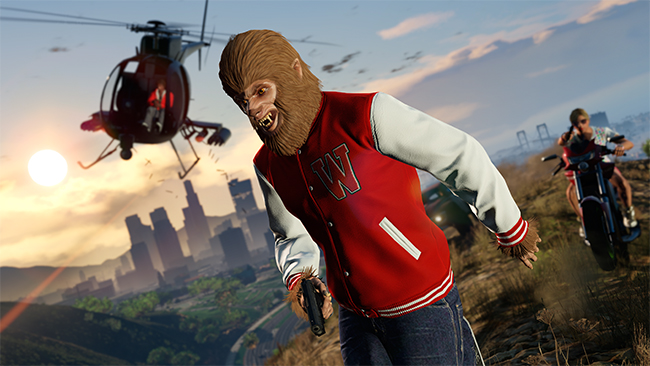 The latest big update for “Grand Theft Auto Online” has started rolling out across different platforms which include Freemode events and Rockstar Editor for Xbox One and Playstation 4. Game enthusiasts have been sharing some Easter eggs and hidden features they discovered during the gameplay.

Tipster MrBossFTW took to Youtube to disclose to others that developer Rockstar may have added a brand new Peyote plant that can transform into Big Foot.

The addition of the new character has been suggested first by a Reddit user who said that the trophy text hints that there may be a hidden animal somewhere in the game when it states, “You unlocked all animals for use in Director Mode… or did you?”

The user suggested that it may not be a sea creature since they are not referred to as actors. What added to the speculation is that the Big Foot is said to be missing from the costume actors section while it has been found out that Peyote plants also have hidden audio files.

Although it is still unclear if Peyote really is the Easter egg, the report added that another possibility has something to do with the event called “Hunt the Beast” in the Freemode where gamers hope that they can turn into werewolf while creating chaos around Los Santos.

Meanwhile, in a separate video, MrBossFTW also notes that some glitches concerning customization of vehicles such as Hotknife, Stallion and Dinka Akuma seem to have been fixed. While Principe Lectro may not be available in PC version, the update gives the Stallion better options for vehicle roofs. Players can now choose between convertible roof, stock roof and painted roof for the vehicle.

Moreover, the DLC also allow for Hide option which declutters the minimap as less jobs, events and messages will be shown in the screen.

For Hunt the Beast, users have a glitch that provide them information on who is the Beast and the Hunters in the team. The Beast can apparently be unmasked by heading over to the start menu and looking at the participants. As they scroll through the list, the player acting as the Beast will have a change in appearance.

If the person specifically wants to become the Beast before the freemode event starts, he has to be on the ground and not aboard any kind of transportation.

Stay tuned for more hidden features and secrets revealed by users as they go along.