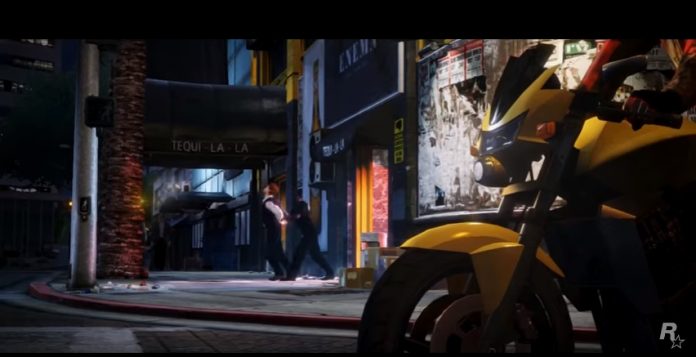 Albeit the massive request among fans to develop or even release the sequel to the 3-year-old Rockstar Games title, “Grand Theft Auto 5,” the award-winning game maker has kept a zipped mouth about it as another rumor has sprung lately that Rockstar has set aside the overhyped “Grand Theft Auto 6” in the meantime to focus more on its predecessor.

Longtime players of the “Grand Theft Auto” franchise might still recall the tons of gaming events that “GTA 6” has begged off this year in which the most recent was Sony’s so-called PlayStation Meeting that was held earlier this month. Prior to the said event, reports were rife that the famed game developer would be one of the attendees at the said occasion. Fans left the event with heavy hearts yet again as there were no Rockstar executives in sight during Sony’s big reveal.

Moreover, it was aforementioned that the game maker will be releasing more game segments for the current “Grand Theft Auto 5” including its online mode. As of late, the latter will be receiving an update dubbed as “Bikers” where players will get the chance to build their own biker empire by recruiting up to eight members, completing missions, and even making their own motorcycle hangout complete with their very own mechanic to further customize their rides.

It was also highlighted in previous reports that the “GTA” sequel is pretty much to be rolled out sometime in 2018 since it was also pointed out that Rockstar has a habit of taking very long periods of interlude before it crosses their minds that it’s high time to finally release a new “GTA” title.

Meanwhile, if rumors about “GTA 6” are anything to go by, it was stated that the game could have virtual reality (VR) support and the game could be set in 1960s London. Gamers, on the other hand, might want to check out the soon to be released “Bikers” segment that is speculated to arrive anytime soon.

Derrick Rose trade rumors: player could fit in with the Minnesota...