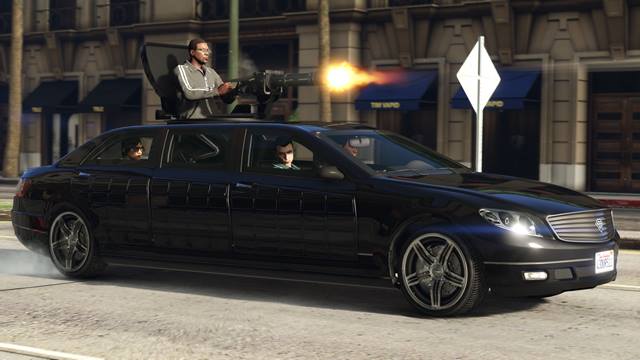 Rumors have it that the highly anticipated video game “Grand Theft Auto VI” may be released in time for Sony’s next generation console “Playstation 5.”

Earlier reports claim that Rockstar Games and publisher Take-Two Interactive may launch the game sometime in 2018. However, with latest suggestions that “GTA VI” will be made available in the purported portable gaming system, it may be unveiled in 2020 instead.

According to Neurogadget, although it is still early to assume what hardware will be used for “PS5,” it is expected that the graphics and mods of “GTA VI” will be adapted to make the iteration have a smooth performance and stark-looking images as the device may have a more advanced specifications.

The report adds that there are hearsay suggesting the game will be made into MMROPG while the characters may feature a female protagonist, allegedly to be voice over by Hollywood actress Eva Mendes, alongside her real life partner Ryan Gosling for the male lead.

In comparison to its predecessors where gamers navigate the streets of Los Santos and Blaine County, “GTA VI” may have a bigger map with some saying that it will feature the entire geographic location of the United States. Presumably to have the gamers visiting the entire vast landscape, a teleportation feature is also rumored to be included.

To make the narrative exciting, natural disasters and catastrophes such as tsunamis, earthquakes, typhoons and flash-flood may also be incorporated.

Rockstar Games has yet to comment on the issue as the developers are reportedly working on another project called “Red Dead Redemption 2.” The last time the company president Leslie Benzies hinted on the game, she said that, “We’ve got about 45 years worth of ideas we want to do. We don’t know what ‘GTA 6’ will be, but we’ve got some ideas.”

Available information should be taken with a grain of salt.

'Prison Break' season 5 is most talked-about on social media; possible...

'The Big Bang Theory' season 9 spoilers: Sheldon, Leonard to have...