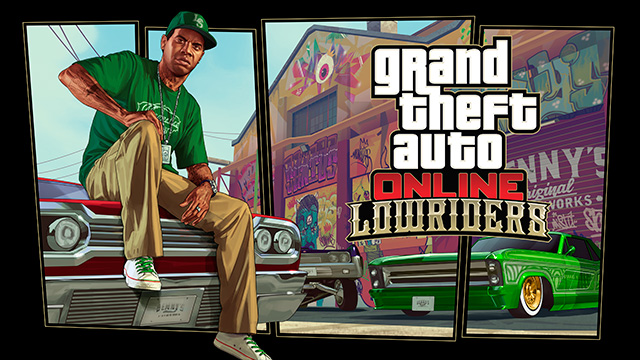 Rumors have it that “Grand Theft Auto V: Online” may get a downloadable content pack in celebration of the upcoming Halloween.

According to International Business Times, trusted tipster Funmw2 shared that the widely popular game will be treated with possible themed contents such as Halloween jobs, masks, vehicles, Blackout and even zombies.

Funmw2 took to Twitter to clarify that Blackout will be coming to The Slasher Adversary Mode and not to the Freemode. When asked if it will cover the entire map or just certain areas, he said, “It’s same as Heists EMP, disable city lights and car lights …etc.”

It is predicted that the city of Los Santos will be in darkness come Halloween and the only gear players can use is their flashlight for visibility as they navigate their way on the roads.

The tipster previously hinted that the special DLC pack will feature two vehicles called “Lucher” and “Btype2” also known as “Franken Stange” as he posted their possible design renders.

What added to the speculation is the video made by renowned YouTuber MrBossFTW that talks about the flashlight costing gamers $14,500 GTA Money. There may also be an “ammo” needed for the equipment that will have them shell out additional $100 as they can use it to hit enemies. He also added that when it comes to the masks, there may be 36 designs to choose from which may have the price tag of $20,000 to $30,000.

Another tipster, CrewBoss, revealed that if players want to avail all the interesting contents, it will put a dent in their virtual pockets.

Moreover, an alleged leaked audio file may also point to the inclusion of zombies either as part of the job or NPCs turning into human-eaters.

It remains to be seen if the DLC will come into fruition.