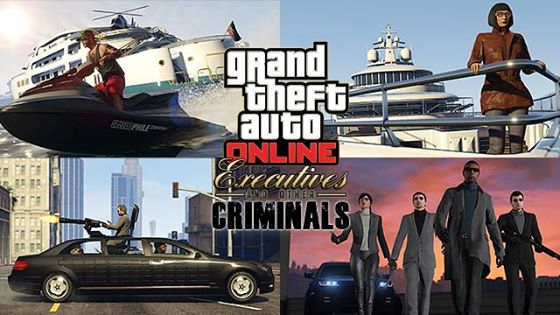 Rockstar Games recently released a new downloadable content pack for the online version of its heist-filled video game “Grand Theft Auto V” titled “Executives and Other Criminals” which features a super yacht, new challenges, and more weapons to choose from.

As previously reported, players can upgrade themselves into becoming VIPs which will result in a lot of benefits and advantages such as recruiting own bodyguards, doing new challenges, and being able to access adversary modes.

When it comes to weapons, there are two new items called Heavy Revolver and Switchblade, each with VIP and Bodyguard variants. The two have been long speculated by fans with some players even leaking a possible render of what the gadgets could look like.

Moreover, the update comes with an interesting feature of using the player’s mugshot or selfie as his or her own Social Club Avatar. Aside from using it as the image for GTA online character, the photo also works in Story Mode. Gamers can even choose those that were already saved in Snapmatic Selfies or Mugshots under “Social Club Avatar Settings.” However, those taken before the month of May this year and those with memes may not appear in the selection.

The Arts and Downloads section of “GTA V” website also offers new creative works in line with the DLC that can be used as wallpaper, background, and avatar sizes.

“GTA Online: Executives and Other Criminals” is available for automatic update across platforms including PlayStation 4, Xbox One, and PC.

Pokmon Z and Pokmon Go news: Pokmon Z could be out...