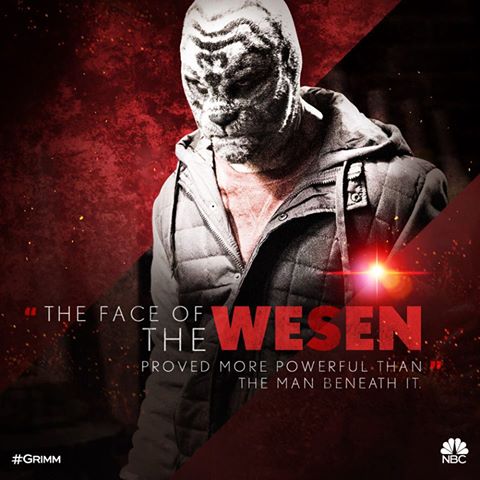 The team will be dealing with a terrifying ancient disease that made its way to modern times when “Grimm” returns for an all-new episode for season 5.

Titled “Lycanthropia,” upcoming episode 14 will have the forgotten Wesen disease plaguing the lives of a prominent family. The synopsis revealed that Nick (David Giuntoli) and Hank (Russell Hornsby) have encountered a brutal attack in the woods where they discovered the disease that may become the inspiration for the modern-day werewolf myth.

The promo shows that the incident happened during a full moon night which led them to believe that they are dealing with a lycanthrope. The narrator says, “A blood thirsty beast is on the loose but can this wolf pull the trigger on his own kind?” The clip ends with Monroe, who may be also a wolf-like creature, deciding if he can actually do what he is being asked to do and put an end to the murder of innocent lives.

On the other hand, Adalind (Claire Coffee) is offered an alliance that may help her get back what she truly desires. Meanwhile, Eve’s (Bitsie Tulloch) investigation uncovers a surprising revelation. Ann Cusack guest stars in the episode alongside other regulars Silas Weir Mitchell, Sasha Roiz, Reggie Lee, and Bree Turner.

Down the pipeline, Nick and Hank will come across a beautiful young woman who seems to have aged 70 years overnight and suddenly died. They suspected Wesen involvement as the deadly beauty regiment targets the young crowd of Portland. Their investigation will lead to a local doctor and Rosalee (Bree Turner) being on board to help them find the truth.

Moroever, Eve will take it upon herself to learn more about Captain Renard’s (Roiz) nefarious dealings. Patrick Fabian will make a short appearance in the installment.

'The Big Bang Theory' season 9 spoilers: Raj caught up in...