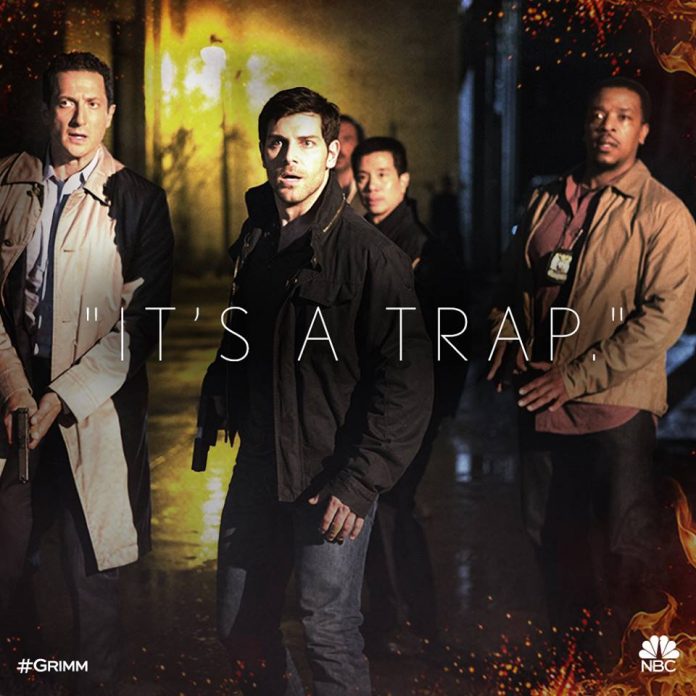 Fans of NBC’s supernatural drama “Grimm” may begin ticking the days off as star Bitsie Tulloch reportedly shared the potential date of the premiere for season 6.

According to CarterMatt, the actress who portrays Eve/Juliette apparently revealed on a Facebook live video that the series will return on Friday, Oct. 28. Although the network has yet to officially confirm the schedule, it is deemed to be possible based on the history of releases in previous seasons.

With only 13 episodes in the new run, it is also noted that the season will possibly end around early January. Ultimately, the airing dates are predicted to determine the long-term plans for the show, whether it gets renewed or cancelled.

Some reports claim that sixth season will be the last one in the franchise as viewers are apparently growing tired of the repetitive storylines and slow-paced progress. What may have added to the assumption are previous statements from David Giuntoli, who plays lead character Nick Burkhardt.

The star mused that most TV shows only run for six seasons but if the series gets renewed for additional two more years, he promised that viewers will get a satisfying finale either way.

“Nothing lasts forever. But here’s the exciting thing about that: Our writers will be able to give us a really cool ending. We have time to wrap it up in a wonderful, perfect way, for all of our characters. We will go out big and we will go out strong,” he told TVInsider.

When it comes to the narrative, it is predicted that there will be a love triangle between Nick, Adalind (Claire Coffee), and Eve who seemingly returned for a moment to her old self as Juliette.

Adalind has a baby with Nick whom he has kept out of harm’s way. Although Nick seems to be in love with the mother of his child, he may not be successful in having a happy ending. Adalind’s powerful daughter with Capt. Sean Renard (Sasha Roiz), Diana (Hannah R. Loyd), is also determined to have her own family reunited.