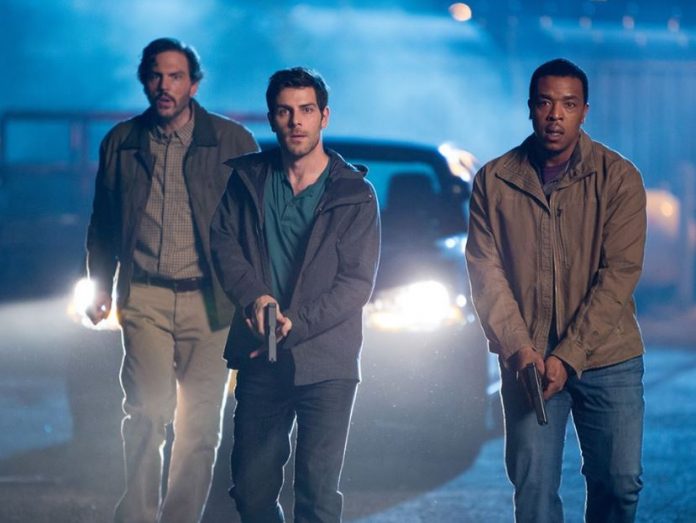 The sixth season of “Grimm” is currently in production in Oregon, and the next installment will see Nick (David Giuntoli) and his friends on the run after the events of the season 5 finale.

The season ender featured the death of Bonaparte (Shaun Toub) and a confrontation between Renard (Sasha Roiz) and Nick. Meanwhile, Eve (Bitsie Tulloch) got wounded during a shoot-out, and Nick used the magic stick to heal the wound. However, the magic stick appeared to have a strange effect on the clone as Juliette seemed to be resurfacing in Eve’s psyche.

Speaking with EnStars, Giuntoli confirmed that there will be no time jump in the new season and that they pick up “the millisecond we left off.”

“We’re all on the run,” said the actor. “Renard has the power right now so we’re definitely a band on the run.”

Giuntoli also said that the group will be unable to return to their usual haunts as they hide from Portland’s new mayor.

But it looks like Renard will catch up to the Grimm and the Scooby Gang as he appears in the spice shop in episode 3, wearing a tank top and his pajamas. The episode is titled “Oh Captain, My Captain” and marks Giuntoli’s directorial debut in the series.

In a picture shared by Tulloch on her Twitter account, Roiz is seen in the spice shop and the photo was captioned, “Why is Renard in his jammies in the spice shop, you ask? Find out on episode 603 of @nbcgrimm!”

Tulloch has been keeping fans posted on what has been happening on the set of the NBC show as she has shared numerous updates and behind-the-scenes shots on the microblogging site. The star’s latest update was posted on Sunday, Aug. 28, and the actress revealed that the title of episode 4 is called “El Cuegle.”

“Grimm” returns this fall on NBC.